Thanks to the endless number of smartphones being  launched every now and then, consumers are spoilt for choices. The latest one to join the race is Reliance Retail with its LYF series of device. 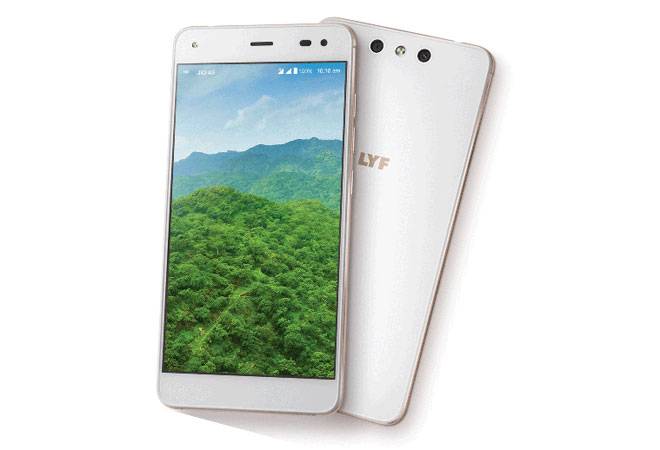 Thanks to the endless number of smartphones being  launched every now and then, consumers are spoilt for choices. The latest one to join the race is Reliance Retail with its LYF series of device.

These devices are coming just before the launch of Reliance Jio's 4G LTE and are 4G enabled. The Earth 1 priced at Rs 25,800 competes against the OnePlus 2, Asus ZenFone 2 and Nexus 5x but the question is can it beat the competition?

The Earth 1 has got a pretty decent hardware. It has got a slim uni-body design measuring 7.7mm in thickness. It weighs 163 grams and is slightly heavy to hold. The most impressive feature of the phone is 5.5 inch full HD Gorilla Glass display, as it offers vibrant colours and is super bright. Text appears sharp and watching images and videos too is a delight on this smartphone. It has even got wide viewing angles.

Irrespective of the display size, I was able to grip and control it using a single hand. It has got metal sides and speaker holes drilled at the bottom edge. Volume key along with power control is placed on the right edge and the SIM tray on the left. The touch response is pretty good and typing was smooth.

It runs on Android Lollipop out of the box and the UI is neat and simple with not much bloatware onboard. Other than the Google services and apps, Reliance has added its own Jio Chat app. It is powered by 1.5Ghz octa-core Snapdragon 615 processor and is paired with 3GB of RAM.  The overall performance of the Earth 1 was impressive. It managed to run apps and games without any lag. I streamed full HD videos and played heavy graphic games such as Asphalt 8 without having any issues of heating up or frame loss.

Reliance has added a dual camera to the rear of the Earth 1 - a 13MP sensor and a 2MP sensor for capturing more depth. The camera is quick in capturing images and the results appear really impressive on the phone's display. When transferred to the laptop, the images appeared to be sharp and had rich colours. It did a pretty impressive job when used indoors. The camera app is neat and simple with settings such as face detection, auto focus, red eye reduction, continuous shot, etc. The 5MP front facing camera captured good selfies. It bundles as a great multimedia device too as the bright display is accompanied with a good speaker.

My review unit came with 32GB of internal storage, of which 24.94GB was user accessible. For connectivity, it supports WiFi, 4G LTE and Bluetooth. I was not able to test the Reliance Gio 4G network at the moment but will update the review once the company launches the network later this year. The 3500mAh battery manages to last a day with ease.

Bag it or Junk it: The Earth 1 is a good device but is expensive and dares to compete against the OnePlus 2. You can get the Moto Play with similar set of specifications for less.

OnePlus 3 to be launched in second quarter of 2016