Lenovo has launched its latest smartphone, Moto 1S in China. The mid-range handset comes with a 5.7-inch display, Snapdragon 450 SoC along with 4GB RAM, Android 8.0 Oreo and a dual-camera setup. The phone comes in Blue and Gold colour options. 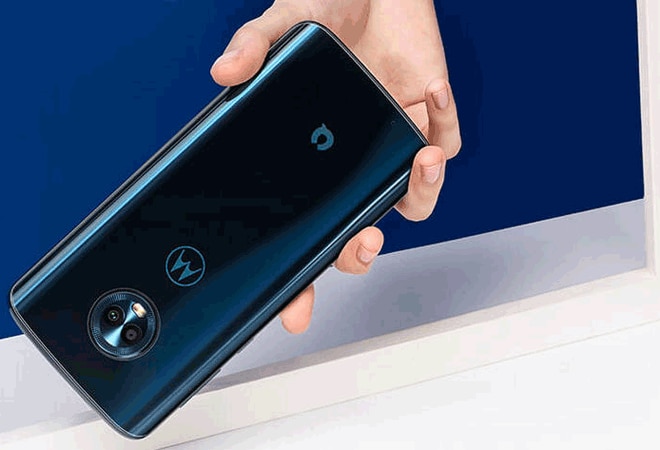 Lenovo has launched its latest smartphone, Moto 1S in China. The mid-range handset comes with a 5.7-inch display, Snapdragon 450 SoC along with 4GB RAM, Android 8.0 Oreo and a dual-camera setup. The phone comes in Blue and Gold colour options.

In India, the company will launch the new Moto G6 soon which is similar to the Moto 1s, apart from the ZUI skin. In fact, the company has already setup a dedicated page to receive notifications about the launch of the Moto G6 and Moto G6 Play.

The Moto 1S is very similar to the Moto G6 which was launched in Brazil's Sao Paolo in April this year. Motorola announced the 1S on the micro blogging site Weibo. Moto 1S has a 5.7-inch IPS display with Full HD+ (2160 x 1080 pixels) resolution and 18:9 aspect ratio. Powered by Qualcomm Snapdragon 450 octa-core processor coupled with Andreno 506 GPU, the phone comes in only one 4GB variant.

The Moto 1S has a rear dual-camera setup that has a 12-megappixel sensor with autofocus and f/1.8 aperture and a 5-megapixel sensor with f/2.2 aperture. Extra features like background blur, background replacement, time-lapse video, spot colour mode and black-and-white mode all add to the exciting features of the phone.

Both cameras, front and rear, come with an LED flash and it runs on Android 8.0 Oreo-based ZUI 3.5 out of the box. The front camera of the smartphone is 16-megapixel with f/2.0 aperture.

The Moto 1S has 64GB inbuilt storage that can be expanded up to 128GB via microSD slot. The handset connectivity features include 4G LTE, Bluetooth 4.2 and Wi-Fi 802.11 a/b/g/n. Accelerometer, ambient light sensor, digital compass, gyroscope and proximity sensor are the sensors on the smartphone.

The Moto 1S measures 154.5 x 72.3 x 8.3mm in dimensions and weighs 168 grams. It also comes with P2i nano splash-proof coating for water resistance and Dolby audio technology. The phone comes with a 3,000 mAh battery which is non-removable and supports turbo charge. The phone also supports dual SIM standby. The Moto 1S will be available at CNY 1,499 which is roughly Rs 15,900.