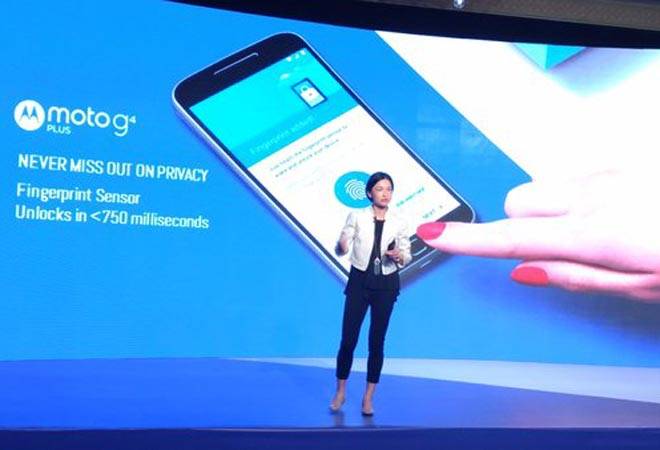 Both smartphones look identical and boast common specifications, too, with only a few changes. Boasting a 5.5-inch full HD display with 401 ppi and Corning Gorilla Glass 3 protection, the smartphones are powered by 1.5-GHz Octa-core processor on Qualcomm Snapdragon 617 SoC.

The Moto G4 Plus has a 16-MP rear camera with laser autofocus and dual LED colour balancing flash. There is a 5-MP front facing camera. Storage can be expanded using a microSD card of up to 128 GB. 4G enabled, the device weighs 155 gm and packs in a 3,000-mAh battery in a 7.9-mm thin chassis. It supports turbo charger that can power up the phone for six hours in just 15 minutes. It also has a fingerprint sensor.

The Moto G4 features the same set of specifications, with the only difference being the 13-MP rear camera, no laser focus or fingerprint sensor. The Moto G4 will be available with 16 GB internal storage paired with 2 GB of RAM. Even this one is a dual SIM device with one SIM supporting 4G, and the other is 3G enabled.