Motorola One Vision with punch hole display to launch in India today; here're the specs, price in India

Motorola One Vision sports a dual rear camera setup, with a 48-MP primary sensor, as well as a 5-MP secondary sensory 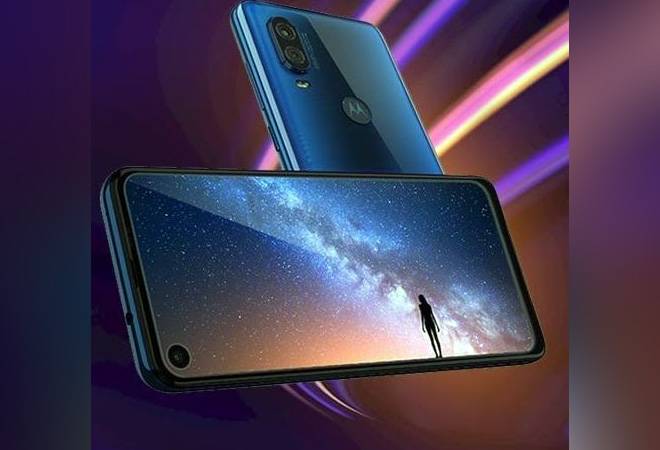 Motorola One Vision to launch in India today

Motorola is all set to launch its One Vision smartphone in India today at 12 pm. The USP of the Motorola One Vision phone is its hole punch display cut-out for the selfie camera which gives it a 21:9 CinemaVision display. The Motorola One Vision has already been released in several countries in South America, Asia and Middle East and therefore almost everything is already known about the phone. The launch event in India will be live streamed on Flipkart as well as on YouTube. The One Vision phone comes in two colour variants - Brown and Sapphire Blue.

Motorola One Vision is a dual-SIM (Nano) phone and runs on the latest Android 9 (Pie). Being part of Google's Android One programme, buyers will get timely updates and patches. Motorola's phone has a 6.3-inch full-HD+ (1080x2520) display with 21:9 CinemaVision aspect ratio. It is powered by a Samsung Exynos 9609 SoC and has 4GB of RAM.

Motorola has hopped on to the 48 MP bandwagon with its One Vision smartphone. It also has a 5 MP secondary lens. Motorola has used a 25-MP selfie camera with an f/2.0 aperture lens.

Motorola One Vision comes with all the regular bells and whistles. It has 4G VoLTE, Wi-Fi, Bluetooth v5.0, USB Type-C port, NFC, GPS/ A-GPS, and a 3.5mm audio jack. Sensors on the phone include a fingerprint sensor on the rear panel, an accelerometer, ambient light sensor, digital compass, gyroscope, magnetometer, and proximity sensor.

Motorola One Vision Price in India

Motorola has already launched its One Vision smartphone in Brazil, Saudi Arabia and Thailand. One Vision is priced at BRL 1,999 (approximately Rs 35,800). However, in India, the phone could be priced at around Rs 23, 500, as it was given a recommended retail price of EUR 299 globally.

Also Read: Motorola Razr all set to come back as $1,500 foldable phone; here's all we know

Also Read: Microsoft to end support for Windows 7 from January 14 next year

Asus to launch Asus 6Z in India at 12:30pm today: How to livestream, price in India, specs