The Motorola Razr was revealed to the world by Motorola in November 2019. The folding smartphone has been on sale in the US since last month 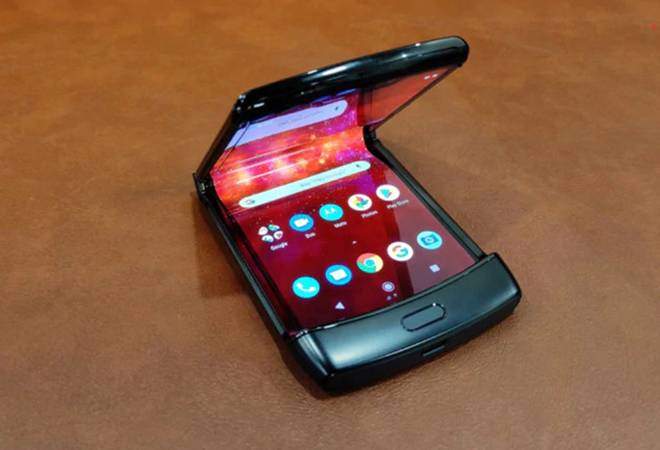 The Motorola Razr is the first smartphone to use a  folding OLED display. Foldable phones or 'flip phones' are making a big comeback in 2020 after the launch of the Motorola Razr and the Samsung Galaxy Z Flip, which went on sale in India last month.

In lieu of the current COVID-10 crisis, Motorola had decided that they would launch hold the launch event of the Motorola Razr online, according to India Today.

Inside, the OLED screen has a resolution of 876 x 2142 pixels. Motorola has developed a new hinge system to support the design of the foldable Motorola Razr, according to India Today. The hinge system is such that it allows no permanent crease on the display when the phone is folded, it also prevents dust from getting inside the phone when folded.

The Motorola Razr will run on Andriod 9 which will be powered by a Snapdragon Snapdragon 710 processor.  The phone will have 6GB of RAM supported by 128 GB of internal storage.

Motorola Razr will have a 2510 mAH battery which will have Motorola's 15W TurboPower fast-charging feature. The phone does not have a headphone jack. The users would have to use an eSIMs for the Motorola Razr.

Motorola has not made any official announcement regarding the price of the phone. Motorola has launched the phone at $1,500 in the US last month. The Samsung Galaxy Z Fold was priced at Rs 1,09,900 during its launch last month.

According to India Today, Motorola might launch the Razr at a slightly lower price as compared to the Galaxy Z Fold. They will do so to make the phone more competitive in terms of price.