So far, 53,000 users have downloaded the free app, which can be used with Gmail on the Google Chrome web browser. 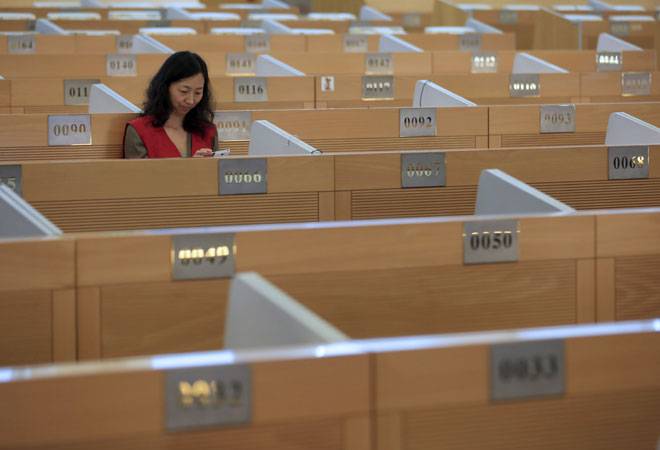 So far, 53,000 users have downloaded the free app, which can be used with Gmail on the Google Chrome web browser. (Photo: Reuters)

Saying sorry might sound like good manners but a new app is helping women to stop apologizing so often that they undermine their authority, particularly in the workplace.

"Just Not Sorry" highlights each time a user types a key word or phrase such as "sorry," "I think" or "I'm no expert" in email, said its creator Tami Reiss.

So far, 53,000 users have downloaded the free app, which can be used with Gmail on the Google Chrome web browser. It was launched December 28, said Reiss, chief executive at Cyrus Innovation, a software development consultancy.

Other red-flag words on the app include "just," "actually," "does this make sense?" and "try," she said, based on the premise that women use such terms to soften their demands at work or try to be likable and in so doing devalue themselves.

Reiss, 33, said she came up with "Just Not Sorry" after watching a popular video by comedian Amy Schumer spoofing a panel of accomplished women, all of whom pepper their remarks with endless apologies.

She said she also was influenced by a widely cited article in the Washington Post that recast famous quotes as they might be said by women in a meeting.

For example, "the only thing we have to fear is fear itself" by US President Franklin Roosevelt was recounted as "I don't think we should be as scared of non-fear things as maybe we are? If that makes sense? Sorry, I feel like I'm rambling."

People who have been using "Just Not Sorry" say they start to notice when they use the offending words while texting and talking, she said.

"We've found people that have started using it actually get a lot more mindful around the use of these words," she said. "That makes us happy," she added.

5G seems a possibility in near future as China starts research, test