OnePlus 6 launch event highlights: New OnePlus flagship launched at $529, to be available from May 22

OnePlus 6, one of the most talked about smartphones of 2018, will be unveiled before the world in a matter of minutes. Watch the launch event live from London here. 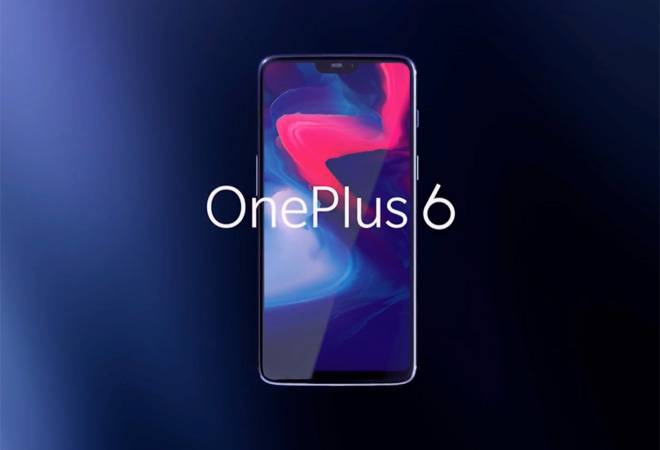 The OnePlus 6 comes with Qualcomm Snapdragon 845 under the hood, coupled with 6GB or 8GB of RAM. The internal storage on the OnePlus is either 64GB, 128GB, and for the first time, 256GB. The company's propreitory Oxyegn OS 5.1, based in Android 8.1 Oreo, has also been refined a great deal for smooth user experience. The OnePlus 6 is the fastest flagship experience OnePlus has ever delivered, OnePlus 6 co-founder Carl Pei said during the launch event.

In the optics department, the OnePlus 6 boasts a dual camera setup at the back with 20MP Sony IMX519 sensor and a 16MP Sony IMX376K sensor. The rear camera setup comes equipped with optical as well as electronic image stabilisation. OnePlus has increased the pixel size 19 per cent to 1.22 microns to help with low-light images. The front shooter is a 16MP snapper.

The global launch event will be followed by an India specific launch event within the next 24 hours on May 17. The company will be revealing its latest and greatest flagship for the next six months.

OnePlus has already revealed offers and cashbacks on the device. Amazon India will be selling the device here in India and will be offering a discount of Rs 2,000 on purchase through SBI Credit and Debit card.

Buyers can also avail a No Cost EMI for up to 3 months. OnePlus 6 buyers will also get a 12-month Accidental Damage Insurance by Servify. 10:06 pm: No waiting to see portrait images after clicking them on OnePlus 6, and you can even use this feature on selfie camera. The OnePlus 6 camera also comes with slow motion. It has an option to shoot for a minute and then choose which part to slow down.

10:03 pm: The camera on OnePlus 6 comes with both OIS and EIS. The sensor size has been increased to 1.22 microns for better low-light photography.

10:02 pm: The OnePlus 6 will come with improved Gaming Mode. Now games will launch faster, and network options will be prioritised.

09:54 pm: The OnePlus 6 will be released in Mirror Black, Midnight Black and Silk White.

09:49 pm: The OnePlus 6 is the fastest flagship experience OnePlus has ever delivered, Carl Pei says.

09:47 pm: The specifications of the OnePlus 6 were showcases, albeit only for a minute. 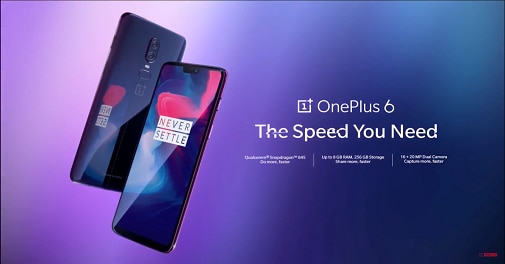 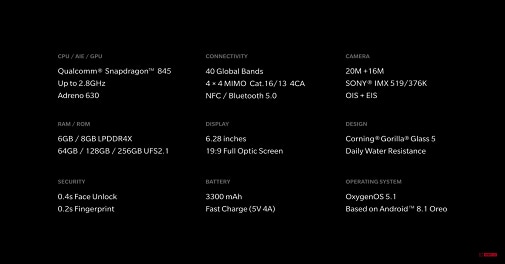 09:41 pm: The Bullets Wireless come with fast charging support. Charge them for 10 minutes for 5 hours of playback, says Carl Pei.

09:39 pm: The Bullets Wireless comes equipped with Goolgle Assistant. And you can switch them on and off with by putting them together magnetically, or them taking them apart.

09:32 pm: OnePlus 6 co-founder Carl Pei takes the stage in London and opens with a surprise. We will launch two devices, Pei says.

09:26 pm: The OnePlus 6 is expected to be the priciest OnePlus device so far, with its top slotted variant likely to touch the Rs 40,000-mark in Indian markets. It will go against the likes of Apple iPhone X and Samsung S9, which cosy a lot more, giving an edge to the OnePlus 6.

09:18 pm: The OnePlus 6 launch event will go live from London in 10 minutes. How will the new OnePlus offering fare? Find out with us here.

09:09 pm: With its expected list of 'first-evers' - water resistance, 256GB storage and a glass back - it is definitely worth finding what new OnePlus 6 brings to the game.

09:06 pm: The OnePlus 6 launch event in London will begin in less than 20 minutes. Anticipation is building up: will the next flagship killer live up to the hype.