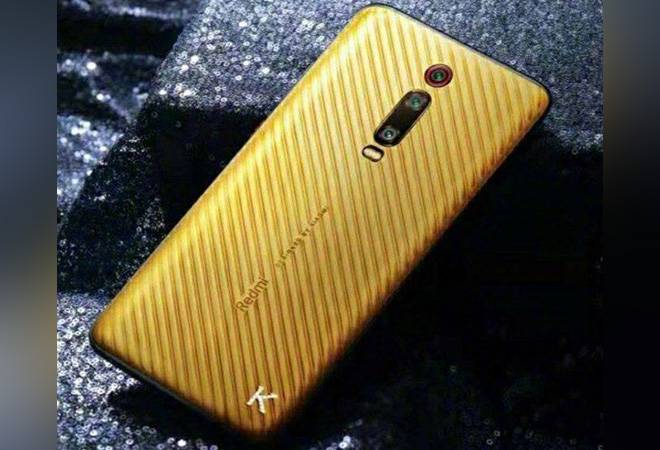 Xiaomi is all set to launch its flagship device Redmi K20 Pro but the launch event in New Delhi will also have a special surprise.  Other than the regular Redmi K20 and the high-end Redmi K20 Pro, Xiaomi will be unveiling a special edition Redmi K20 Pro priced at Rs 4.8 lakh! Xiaomi will be targeting the super-rich who have the money to carry a phone that is gold plated and flashy. It also comes with a cover that has K printed at the back with diamonds etched on it.

As far as specifications of the new gold and diamond edition of Redmi K20 Pro is concerned, the phone will most likely come with a regular octa-core Snapdragon 855 SoC but could carry 12GB of RAM. The phones are likely to compete with OnePlus' Mclaren Edition smartphone. The company will announce all details of the Redmi K20 Pro along with the Redmi K20 at the launch event today in New Delhi.

The gold and diamond edition of Redmi K20 Pro will most probably carry the specifications similar to the original Redmi K20 Pro. Global VP at Xiaomi & MD  of Xiaomi India, Manu Kumar Jain had tweeted about the phone and its price yesterday and had confirmed that the special edition Redmi K20 Pro will be launched today.

Launching something OUT OF THE WORLD tomorrow! A very special version worth.. hold-your-breath..

What's so special about this variant? RT if you want to know more! 🔁#Xiaomi ❤️ #FlagshipKiller#BelieveTheHypepic.twitter.com/WJkCI9NjYf

The gold and diamond edition of Redmi K20 Pro will have limited stocks and not everyone will be able to buy the phone.

Also Read: Redmi K20 Pro and Redmi K20 to launch in India at 11:30 am today: How to livestream, price in India, specs