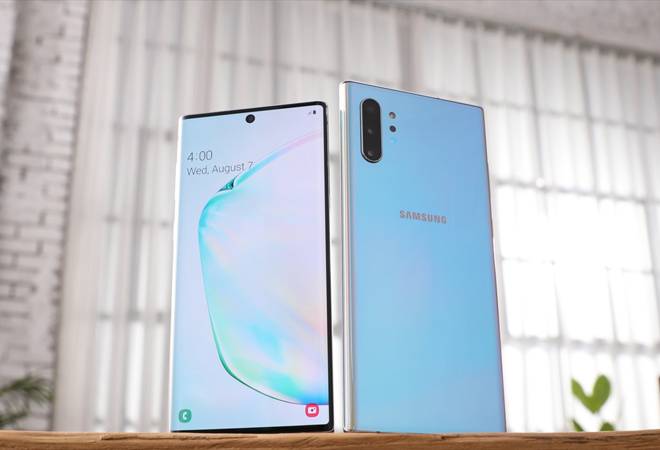 Samsung Galaxy Note 10 and Samsung Galaxy Note 10+ will be launched in India today. Though the latest Samsung flagship phones are available for pre-order in India, the company is hosting the official launch event on Tuesday. Online retailers like Amazon and Flipkart are already selling these smartphones on pre-orders but they will be officially available for sale across all Samsung outlets from August 23. The third flagship of the year from Samsung, after Galaxy S10 series and Galaxy Fold, is said to be inspired by a generation that flows seamlessly between work and life. The company is offering pre-order cashback offer worth Rs 6,000 to HDFC credit card users.

The new series focuses on blending premium design with powerful performance and enhanced productivity tools with the new S Pen. The new Galaxy Note handsets are powered by Exynos 9825 SOC or Qualcomm Snapdragon 855 Plus. The Note 10 comes with 256GB and 512GB storage options, while the Note 10+ will have 1TB of internal storage. The Note 10+ also has a bigger plus-sized 6.8-inch screen whereas the regular Note 10 comes with a 6.3-inch screen. Both the phones have Infinity-O displays with a pin-hole notch at the top of the display.