Galaxy K zoom is aimed at meeting the needs of active social media users who frequently upload pictures on sites including Facebook and Twitter. 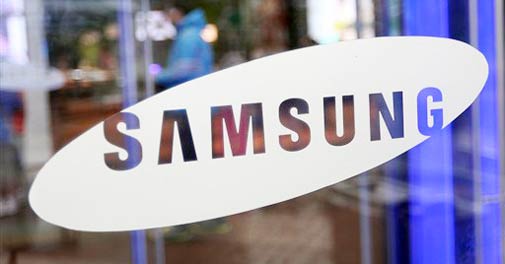 Samsung Electronics Co. on Tuesday introduced a smartphone that has a camera with advanced features, aimed at meeting the needs of active social media users who frequently upload pictures on sites including Facebook and Twitter .

The Galaxy K zoom, which the company describes as a camera-specialised smartphone, had its global launch in Singapore.

It features a timer that allows users to take selfies, or photos of themselves, with the back camera using a timer.

Most smartphones allow users to take selfies with the camera at the front of the phone, which typically has a lower resolution.

The phone features a new retracting lens that offers 10 times optical zoom, enabling users to take pictures of distant objects by zooming into them using lenses, and an optical image stabiliser that helps to produce sharper photos by adjusting for shakes that may be caused while holding the device.

The pricing and availability of the Galaxy K zoom were not immediately announced.

The camera is designed for users of social media such as Facebook and Twitter "to record every precious moment in their daily lives," said Sun Hong Lim, Senior Vice President of Mobile Communications Business at Samsung Electronics.

The phone's camera has a larger, 20.7 mega pixel BSI CMOS sensor, which is bigger and allows more light to be captured, making it ideal for low-light photography, the company said.

The launch of the Galaxy K zoom follows the recent introduction of Samsung's flagship Galaxy S5 model and comes as the South Korean company seeks to consolidate its position as the world's largest maker of smartphones.

The company's Galaxy K zoom is equipped with a Xenon flaw and has five optimised filter settings.

"With the introduction of the Galaxy K zoom, Samsung continues to demonstrate our commitment to creating products that meet the diverse demands of our consumers," Lim said in a statement issued by Samsung. Users can capture and share their most important everyday moments, he said.

It records video at 60 frames per second.

Samsung said it has tied up with Twitter to provide the Vine app pre-loaded on the K zoom. This will allow Twitter users to upload photos.

Limited stocks of HTC One M8 arrive in India