Xiaomi has launched the Mi Mix 2S at an event in Shanghai. With the launch of the new Mi Mix, Xiaomi has made it clear that it is no longer aiming to be just the best-priced smartphone but also the best smartphone. 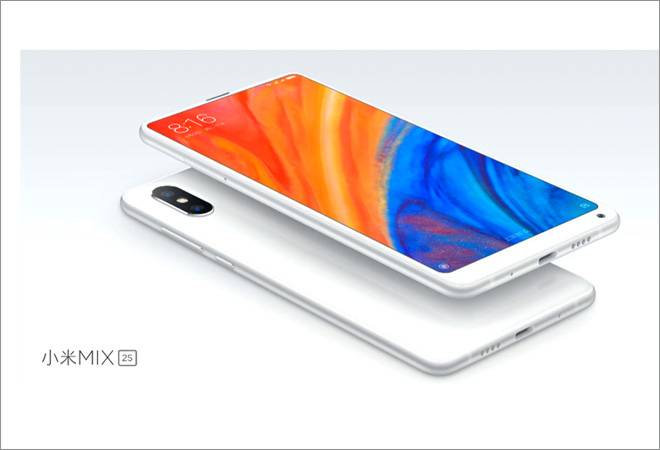 Xiaomi launched the Mi Mix 2S at an event in Shanghai. With the launch of the new Mi Mix, Xiaomi made it clear that it is no longer aiming to be just the best-priced smartphone but also the best smartphone.

The introduction of a new 's' variant indicates that Xiaomi is planning to launch two smartphones in the Mix series every year. Earlier, OnePlus followed the same path with its flagship series. However, OnePlus might change that after the launch of OnePlus 6. The new Mi device has all the hardware specifications to tackle premium segment smartphones.

The company boldly compared itself to the iPhone X for all the camera demonstrations. Xiaomi's Mi Mix 2S is also going full blast with AI technology and other features that are mostly found on top-notch premium smartphones.

Xiaomi Mi Mix 2S will be powered by Qualcomm Snapdragon 845 SoC. Smartphone benchmarking software, Antutu gave it a score of 2,77,178. The CPU will be clocked at up to 2.8 GHz and the SoC will come with Adreno 630.

Mi Mix 2S has a full ceramic body which comes with a frame built with 7000 series aluminum. On the front, a Full View 2.0 screen covers the device. Xiaomi claims that this new version will be narrower and has a better screen to body ratio than Mi Mix 2.

Another big change comes in the camera department where Xiaomi has introduced two 12 Megapixel sensors. One with a regular lens, bigger pixel size of 1.4 ultra pixels and the other is a telephoto lens for better bokeh and optical zoom.

Xiaomi claimed that the 12 megapixel Sony IMX363 camera on the Mi Mix 2s is better than most phones with a 20megapixel module. Xiaomi has increased the autofocus speed by introducing pixel autofocus technology along phase detection system. The primary module has an aperture size of f/1.8.

Since the camera is the making or breaking point for most flagship smartphones, Xiaomi claims to have invested a lot of time in the optics of the Mi Mix 2s. However, the front-facing camera is still nearly the same with a 5megapixel unit placed on the bottom right side of front panel.

The camera also comes with a certain 'multi-frame noise reduction' which uses both software and hardware to reduce noise in the images. Xiaomi has also introduced OIS with the Mi Mix 2S.

The AI mode in the camera is aimed at improving the bokeh effect as per the liking of the user. Bokeh pictures can be captured dynamically and can be saved as a video as well. The front camera also supports portrait mode.

The Mi Mix 2s scored 101 in the DxOMark tests for, which is better than Samsung's Galaxy S9+ and the Google Pixel 2. However, the phone's performance was underwhelming in the video department with a score of 88. The overall score of the smartphone ends up at 97, which is on par with Apple iPhone X.

Xiaomi Mi Mix 2S will be available in a black and white variant. The devices will go on sale in China just a few hours after the launch but there is no word about its availability here in India.

Oppo launches a selfie-expert smartphone; all you need to know from price to features

Will Xiaomi's Mi Gaming Laptop be as disruptive as its Mi TV 4?