Xiaomi Redmi 5A goes on sale on Flipkart today; first 50 lakh devices to sell at Rs 4,999

Apart from the price tag, the USP of the device is its long lasting battery. Xiaomi claims that 3000mAh battery on the Redmi 5A is good for a standby time of 8 days, or 7 hours of video playback. 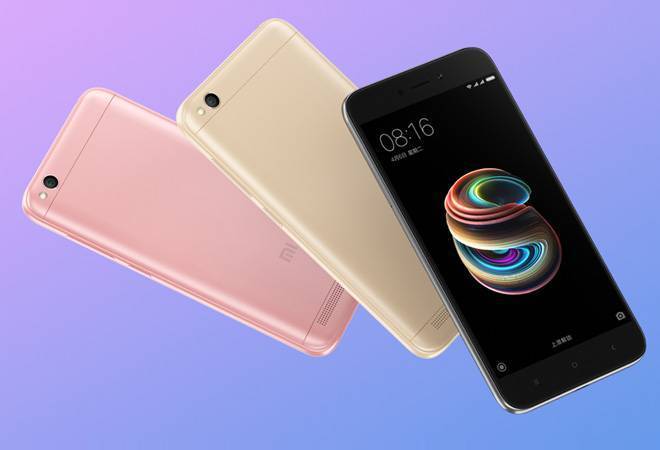 Touted as 'Desh ka Smartphone', the cheapest offering from Xiaomi stables in India will be sold at an introductory price of Rs 4,999, which will be withdrawn after the selling the first 50 lakh units. The phone will have a starting price of Rs 5,999 after the scheme expires, the same price tag seen on Xiaomi Redmi 4A.

The Redmi devices have already registered over 10 lakh buyers for the device across Flipkart and Xiaomi's official website. The company will also sell the device from brick and mortar stores in the country. The offline retail partners comprise Sangeetha, Poorvika, UniverCell, E-Zone and more.

The company has introduced an 8-day battery life with the new Redmi 5A. Xiaomi claims that 3000mAh battery on the Redmi 5A is good for a standby time of 8 days, or 7 hours of video playback. One of the biggest gripe with Xiaomi devices this year has been the hybrid SIM slot. Xiaomi has taken care of it with the Redmi 5A, giving it a dedicated microSD card slot apart from the dualSIM slots.

As earlier indications suggested, Xiaomi redmi 5A will be 'Made in India' and will have some changes as compared to the version sold in China. Launched in October earlier this year, the Chinese model of the sports a hybrid SIM tray, where the Redmi 5A will ship with a dual SIM slots and a dedicated microSD card slot. Additionaly, Xiaomi is bringing a 3GB RAM/32GB ROM variant to India which is not available in China.

The Redmi 5A is powered by a Qualcomm Snapdragon 425 quad-core chipset clocked at 1.4GHz. The device comes in two options, one with 2GB RAM, 16GB ROM, and another with 3GB RAM and 32GB internal storage. The chipset will also be paired with Adreno 308 GPU.

When it comes to design, the device looks similar to the previous iteration. However, even this time the company has used polycarbonate that was used in the Xiaomi Redmi 4A. Similar to other current generation Redmi phones, the antenna-lines have been pushed to the edges of the device, giving it a cleaner look altogether.

Similar to the previous iteration Xiaomi Redmi 4A, the company will be skipping on the fingerprint sensor for this budget oriented Redmi 5A.

The rear camera on the Redmi 5A sports a 13Megapixel module with an aperture of f/2.2. The camera comes with common features like HDR mode, panorama mode and burst mode. For the front camera, Xiaomi used a 5Megapixel sensor with an f/2.0 aperture.

For connectivity, Xiaomi has placed a dual SIM tray which can either store two SIMs, along with a dedicated slot for a microSD card upto 128GB.  The device comes equipped with Wi-Fi 802.11 b/g/n, Bluetooth 4.1 and GPS with A-GPS, GLONASS, BDS, and a 3.5mm audio jack. The array of sensors on the device include an acccelerometer, a proximity sensor and ambient light sensor.

The Xiaomi Redmi 5A will also come with an IR blaster which can turn the device into a universal remote with the Mi Remote app.

On the software front, the device will ship with MIUI 9 based on Android Nougat out of the box.

One of the biggest USP's of the previous Redmi 5A was its lasting battery and this time the company claims to have radically improved on that end. Xiaomi claims that the Redmi 5A can give a battery-life of eight days. Although the device sports a smaller 3000mAh battery, running MIUI9 and Qualcomm Snapdragon 425 helps the Xiaomi Redmi 5A with battery life.

The Xiaomi Redmi 5A has been launched in Indian with a introductory price of Rs 4,999 for the  2GB/16GB variant, making it the cheapest smartphone Xiaomi markets in India. The offer stands for the first 50 lakh customers only. After the introductory scheme expires, Xiaomi will sell the device at Rs 5,999 for the base variant and Rs 6,999 for the higher 3GB/32GB variant.

Xiaomi Redmi 5, Redmi 5 Plus with 18:9 displays expected to land on Indian shores soon