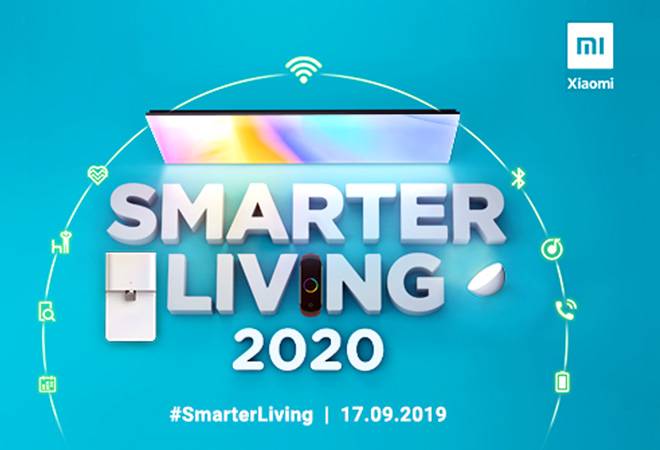 Xiaomi is all set to launch a new TV and smart devices at the Smarter Living event in Bangalore at 12:00pm. Xiaomi India has already announced a slew of products for launch in India today, including 65-inch Mi LED TV, Mi Band 4 and a Water Purifier. All three products are already available in China. Also, during the launch event, Xiaomi is expected to talk about the launch date of Netflix on its Mi TV range.

Xiaomi is looking to launch at least four new products at the event today in Bangalore. Along with the Mi Band 4, Mi Water Purifier, Smart lighting system, Xiaomi is expected to launch a 65-inch Mi LED TV, its biggest TV yet. There haven't been many leaks regarding the new TV except that it will come with 4K LED panel. Earlier, Xiaomi had announced a full-screen Mi TV range and a 65-inch Mural TV in China. At present, the largest TV available in India is the 55-inch Mi TV 4 Pro and Mi TV 4X Pro.

Xiaomi is also expected to launch Mi Water Purifier. The company had dropped a teaser of the RO based water purifier which read 'Every Drop Counts'. The purification process of the purifier consists of PP cotton filter, activated carbon pre-filter, RO filter and an activated carbon filter. The Mi Water Purifier also has Wi-Fi which can be used to monitor the water quality using a smartphone app in real-time.

Xiaomi Mi Band 4 is also coming to India and will go on sale via Amazon India. The band features a 0.95-inch colour AMOLED touchscreen display with 120x240 pixels resolution. It also offers 20 days (approx) of battery life on a single charge.

How to live stream

The 'Smarter Living 2020' event can be live-streamed from Xiaomi India's official YouTube channel at 12:00pm IST. As the name suggests, the focus of the event will be on new TV and fitness wearables.

Also Read: Reliance JioFiber vs Airtel V-Fiber vs Hathway: Which is faster, cheaper