The Nubia Z17 is accompanied by a mini version too. However, there is no word on when the devices will be released in India. 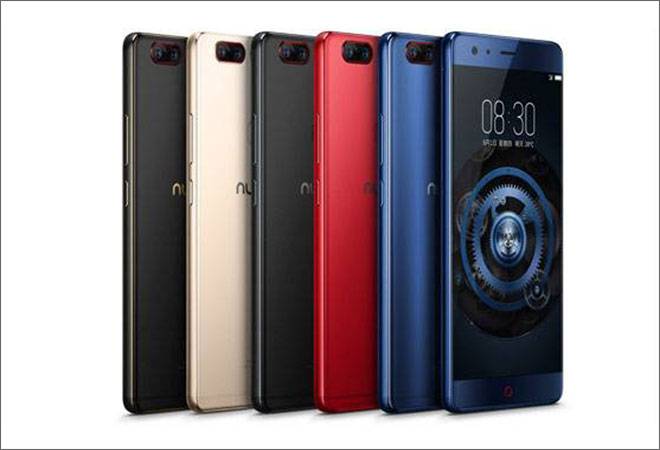 Chinese handset company ZTE launched its new flagship smartphone Nubia Z17. The device comes equipped with some nifty features that have not been seen before on previous devices by the company.

For starters, Nubia Z17 is powered by a Qualcomm Snapdragon 835 processor, arguably the highest performing chipset in the mobile markets as of now. This puts the new entrant in league with frontrunners flagship phones like Samsung Galaxy S8 and S8 Plus, HTC U11 and Xiaomi Mi6. Moreover, OnePLus 5 will feature the same SoC. The chipset comes with big.LITTLE technology with high performing cores going up to clock speeds of 2.35 GHz.

Moreover, the phone comes in three memory variants - 6GB RAM with 64GB internal storage, 6GB RAM with 128 GB storage and 8GB RAM with 128GB storage. The phone has a 3200 mAh battery that ZTE claims can last for 2.4 days with its NeoPower 3.0 power saving system. It also features NeoCharge technology based on Qualcomm's Quick Charge 4+, making it the first phone to be announced with this feature. This can charge 50 per cent the phone battery in under 25 minutes.

ALSO READ: Yu Yureka Black to be launched today, will be available on Flipkart

Nubia Z17 also boasts the slimmest bezels among all ZTE phones till date. The displayed housed in between is a full HD 5.5-inch panel with a resolution of 1920x1080 pixels. The screen will be protected against scratches and chipping by Corning Gorilla Glass. In the audio department, the phone fares well with Dolby Atmos.

The smartphone features dual camera on the back with 23-megapixel and 12-megapixel sensors and dual LED flash. The primary camera unit can go up to 2x optical zoom and 10x optical zoom, like Apple iPhone 7 Plus. The front snapper is a 16-megapixel unit with 80-degree wide lens and f/2.0 aperture. The back panel also sports a fingerprint sensor.

ZTE is also coming with a watered-down version named Nubia Z17 mini with the 5.2-inch full HD display, Android 6.0 Marshmallow with Nubia UI 4.0 on top. This phone will be powered by Qualcomm Snapdragon 652 SoC for standard version and Snapdragon 653 SoC for higher version.

It features 64GB of internal storage which can be expanded to 256GB, along with two RAM variants of 4GB and 6GB. The Nubia Z17 mini sports a dual camera unit of two 13-megapixel sensors on the back and a 16-megapixel selfie camera. Both phones will feature Type-C reversible connector.

Meanwhile, there has been no word yet on the phone's India release date yet. The phones will be available exclusively in China for now and will move towards a global launch in subsequent months.