Lava launches Made in India smartphone Z61 Pro for Rs 5,774

Lava Mobiles got more active after there was a growing backlash against the Chinese smartphone brands on social media. 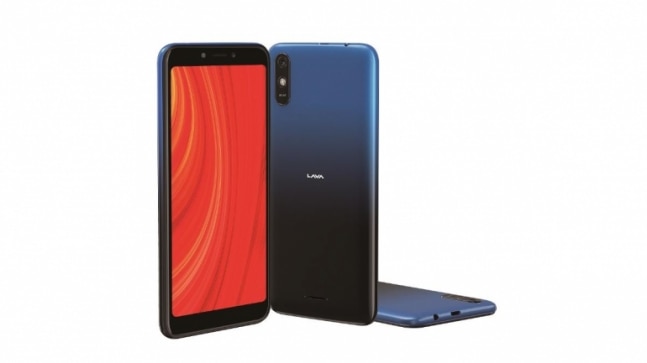 Homegrown mobile brand Lava Mobiles Thursday launched the Z61 Pro days after it said it is getting bullish about its business in India amid the growing anti-China sentiments. Lava Z61 Pro is an entry-level smartphone, meaning you should not expect too much from it. It has the bare essentials of a smartphone - tall display, feature-loaded cameras, and a decent battery - enough for a light user or someone who is switching from a feature phone. The Lava Z61 Pro comes with the "Made in India" as one of its selling points, over and above the specifications.

Lava Z61 Pro costs Rs 5,774 and comes in Midnight Blue and Amber Red colour options. It will be available across online and offline channels, such as Flipkart and Amazon.

For its price, the Lava Z61 Pro brings a 1.6GHz processor, which has not been specified by the company. Previously, the company has been found using the Spreadtrum processors on its smartphones and the latest Z61 Pro could be no different. The smartphone also has a 5.45-inch HD+ display with an 18:9 aspect ratio, which sounds dated in comparison with other smartphones in the segment. The Lava Z61 Pro has 2GB of RAM and 16GB of internal storage, along with support for a microSD card of up to 128GB.

In the optics department, the company has put an 8-megapixel main camera at the back of the Lava Z61 Pro. It is accompanied by an LED flash. For selfies, the Lava Z61 Pro has a 5-megapixel sensor sitting on the thick bezel above the screen. The camera app is laced with features such as portrait mode, burst mode, panorama, beauty mode, filters, night mode, and HDR. These features also work for videos on the smartphone. The Lava Z61 Pro comes with face unlock, which, the company claims, can unlock the smartphone in 0.6 seconds -- although there is no fingerprint sensor on the smartphone for additional security.

The Lava Z61 Pro has a 3100mAh battery without support for fast charging. It has the standard connectivity options, as well, such as Wi-Fi, Bluetooth, GPS, 4G VoLTE, OTG, Micro-USB, and a 3.5mm headphone jack.

Commenting on the launch, Tejinder Singh, product head at Lava International, said, "As an Indian brand, we want to bring product propositions for every segment of the society. The Lava Z61 Pro is a truly 'Made in India' smartphone. It offers not just a seamless performance but also a very attractive look in the entry-level segment. It is the perfect phone to meet your entertainment needs and make you feel #ProudlyIndian."