Lava Mobiles has launched a new smartphone in India that is best suited for entry-level customers. 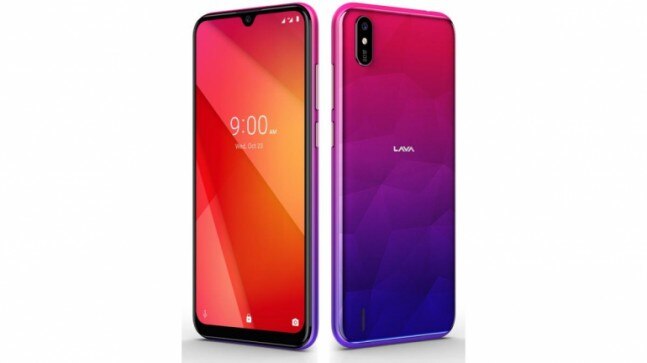 Indian smartphone brand Lava Mobiles on Thursday announced the launch of its new smartphone to the Z series. Called the Lava Z53, the latest smartphone is suited for entry-level consumers and comes with features such as an 8-megapixel rear camera, 1GB of RAM, and support for 8 Indic languages. The Lava Z53 costs Rs 4,829 and is available to buy on Flipkart and offline stores across the country. It comes in Prism Rose and Prism Blue colour options.

If you are a Jio customer, inserting your SIM card into the Lava Z53 will activate the Reliance Jio offer on the handset. Under the offer, the buyer gets an instant cashback of Rs 1,200 in the form of 24 vouchers of Rs 50 each. These vouchers can be redeemed while recharging the number with either Rs 249 or Rs 349 plan. Moreover, the offer also entitles the buyer with 50GB of extra data that will be credited in tranches of 5GB per recharge for up to 10 recharges.

Now coming back to the smartphone, the Lava Z53 comes with a 6.1-inch IPS display with an aspect ratio of 19:9, a resolution of 600x1200 pixels, and a pixel density of 232ppi. There is a dewdrop notch at the top of the display. The smartphone is powered by a 1.4GHz quad-core processor coupled with 1GB of RAM and 16GB of onboard storage, which is expandable up to 256GB via microSD card. Lava Z53 runs Android 9 Pie (Go edition) with Lava's Star OS v5.0 Lite on top. The Lava Z53 is made using the Prism Design', the company has noted on its website.

For photography, the Lava Z53 packs an 8-megapixel rear camera supported by an LED flash. On the front, there is a 5-megapixel selfie camera also supported by an LED flash. It supports video recording of up to 1080p resolution with features such as night mode and slow motion. Additionally, there is an accelerometer, a proximity sensor, and an ambient light sensor on the Lava Z53.

The smartphone is backed by a 4120mAh battery under the hood. The battery is rated to deliver a talk time of 35 hours on the 4G network, 8.6 hours of web browsing time, 57 hours of continuous music playback, 9 hours of video playback, and 493 hours of standby. Lava has packed a 7.5W charger inside the box to charge the battery. It also comes with features such as smart gestures, low power mode, ultra saving mode, and a smart saving mode.