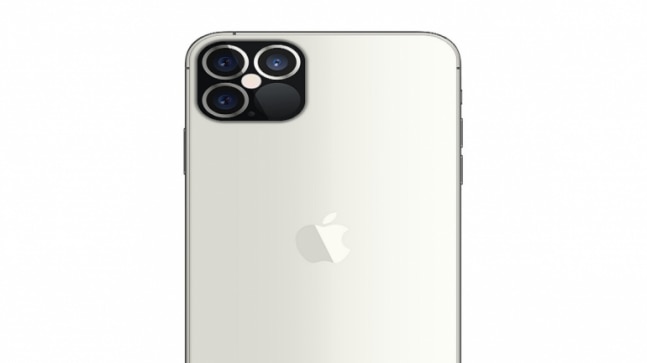 Even as we await the launch of the iPhone 9 -- slated to be launched sometime later this month -- leaks and rumours about its cousin, the iPhone 12 Pro, don't seem to be drying up. New sketches of the device have emerged on Twitter, showing off the iPhone 12 Pro, but with a revised camera array on the back.

Among other things, the sketch also show off the iPhone 12 Pro with a LiDAR sensor at the back of the phone. The image comes courtesy of Concepts iPhone, who claims to have obtained the image from iOS 14.]

The revelations made by the leaked image come in line with what we've read in the past. Reports have suggested that the iPhone 12 flagships will come with an overhauled camera set-up that will also include a LiDAR sensor.

New #Apple#leaks, this time about the upcoming #iPhone12Pro's camera module.

This icon was found in leaked #iOS14 code bu @RanAvni1 some days ago.

We updated our renders accordingly.

Apart from this, there have been other reports about the iPhone 12 lineup too which claim to reveal quite a lot about the device. Earlier, we've read about how Apple is planning to make drastic design changes to the iPhone 12 as it plans to do away with the notch on the upcoming smartphone. This would fall in line with previous reports that Apple is looking to introduce a refreshed design with its new iPhones.

ALSO READ | Oppo increases smartphone prices by up to Rs 2,000 as GST hiked to 18 per cent
ALSO READ | Uber launches UberMedic in India for healthcare workers
ALSO READ | iPhone 9 all but confirmed by iOS 13.4.5 beta, could launch on April 15
Tags: Apple