The product page for Legion Duel has gone live in India but the site states that the phone is "not sold in India". 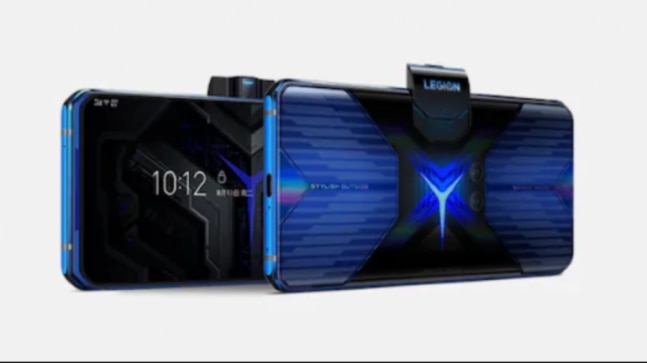 Lenovo is likely to launch Legion Phone Duel in India soon. Ahead of the much-awaited launch, the phone has been listed on the Lenovo India website. There are no details about the pricing or the launch date but some of the specifications of the phone have been revealed on the site. The gaming phone by Lenovo would compete with the likes of Asus ROG Phone 3, Nubia RedMagic 3.

The product page for Legion Duel has gone live in India but the site states that the phone is "not sold in India". The listing was first spotted by Gizmochina.

Lenovo had earlier confirmed that Legion Phone Duel will be launched in Asia Pacific, Europe, Middle East, Africa, and Latin America initially. There was no announcement about the India launch. However, Shailendra Katyal, Executive Director, Consumer PCs, and Smart Devices, Lenovo, told Gadgets 360 that the phone was supposed to launch alongside the gaming laptops in August but got delayed because of its price point.

"Legion phone will instead come to India when the price point becomes more acceptable, and the retail network is better equipped," Katyal told the publication.

However, now let us have a look at the key specifications of the upcoming gaming phone by Lenovo.

Lenovo Legion Phone Duel features a 6.65-inch full-HD+ display with an AMOLED panel and a resolution of 1,080x2,340 pixels. It would come with a high refresh rate of 144Hertz. Legion Duel is powered by Qualcomm Snapdragon 865+ SoC and paired with up to 16GB LPDDR5 RAM and up to 512GB internal storage. You can also go for the 256GB variant if you do not require 512GB.

As far as the camera is concerned, the Legion Duel features a dual-camera setup on the rear which comprises of a 64-megapixel primary camera along with a 16-megapixel secondary camera. On the front, there is a 20-megapixel camera for selfies.

In terms of battery, Lenovo Legion Phone Duel houses two 2,500mAh batteries that offer a capacity of 5000mAh. The thing that caught our attention was the 90W Turbo Power Charging support that comes with the device. The company claims that it takes approximately 10 minutes to charge the phone up to 50 percent and takes 30 minutes to completely charge the phone.

BigBasket data of over 2 crore users leaked, now on sale in Dark Web

Infinix Smart 4 available for Rs 6999: Should you buy it?