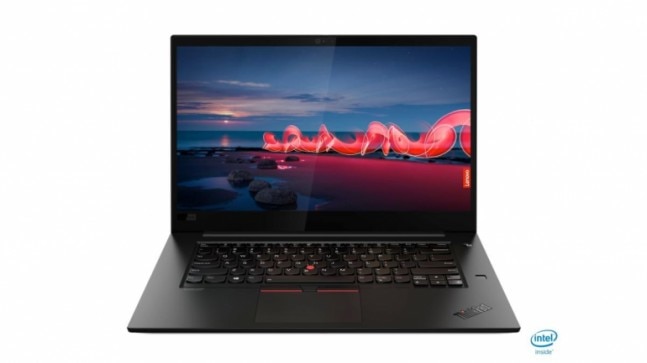 First off is the ThinkPad X1 Extreme Gen 3 continues with the 15.6-inch display, now with an option for a 4K resolution panel, and having support for Intel vPro technology. The laptop is now powered by the 10th-generation Intel H-series CPUs, up to Core i9, built on the 14nm architecture, which means there is no significant improvement to battery life over the predecessor. For graphics, Lenovo has updated the GPU to Nvidia GeForce 1650 Ti, as opposed to GTX 1650 on the previous model. The ThinkPad X1 Extreme Gen 3 has Wi-Fi 6, along with an option for LTE connectivity, while everything else remains nearly the same. The laptop will start at $1,749 and go on sale in July, according to PCWorld. The first two ThinkPad P17 Gen 1 and ThinkPad P15 Gen 1, Lenovo says, are a fresh attempt to offer its professional laptops that now boast a better thermal design with 13 per cent more airflow and a large heat sink with 30 per cent larger capacity that work in synergy with new thermal mesh and vents. Basically, the latest ThinkPad P-series laptops are best suited for Lenovo's Ultra Performance Mode. Apart from the 10th-generation Intel processors, the laptops include Nvidia RTX GPUs that allow P15 to draw 90W power and P17 to consume 110W power. There is a 94WHr battery, up to 4TB of storage, and up to 128GB of DDR4 RAM on the laptops. The displays -- both 15.6-inch -- support Dolby Vision HDR.

Next up are the Lenovo ThinkPad P15v Gen 1 and P13 Gen 3. While the Lenovo ThinkPad P15v Gen 1 is a new entry to the range the P13 Gen 3 is an upgrade in the P13-series. The former is a 15-inch mobile workstation and sports 10th-generation Intel's H processor coupled with Nvidia Quadro P620 GPU. There is a 600-nit display with UHD resolution. It costs $1,349 and goes on sale in July. The ThinkPad P13 Gen 3, on the other hand, is Lenovo's thinnest and lightest mobile workstation with a 15.6-inch UHD LCD display with 600-nit brightness -- although there is a 1080p display option too. It has an option for LTE connectivity, in addition to the Wi-Fi, and comes with anti-smudge coating. The laptop starts at $2,019 and will ship in July.