Lenovo has launched a new gaming laptop in India called the Legion 5 and it brings the AMD Ryzen 4000H-series processors. 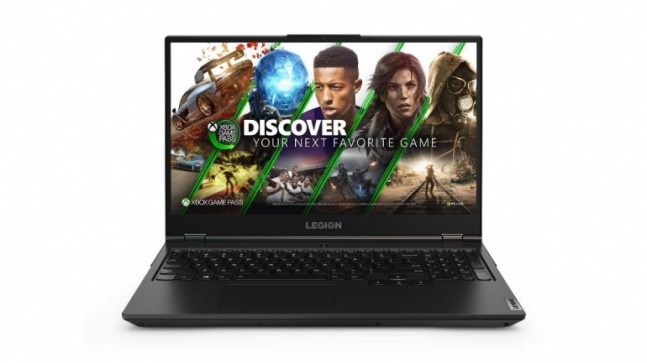 Lenovo has launched the Legion 5 gaming laptop in India. This laptop is one of the anticipated ones because it brings onboard the AMD Ryzen 4000H processor. The Legion 5 is a tweaked version of the Legion 5i that comes with 10th-generation Intel Core processors and was launched a few months back in India. The Lenovo Legion 5 comes with several high-grade hardware meant for premium gaming, such as a 120Hz screen and a backlit keyboard.

For gamers, it is good news to finally see the AMD Ryzen 4000H powered laptops aplenty in India. There are only a handful of devices that come with one of AMD's high-end processors meant for gaming. The reason why Lenovo could not procure sufficient processors from AMD that cited it is struggling with production during the pandemic. Now that AMD is preparing to release the new Ryzen 5000 series processors to laptop and PC companies, the chipmaker is bringing the last-generation Ryzen 4000 series to India.

Lenovo's Legion 5 brings almost the same specifications as the Legion 5i, having the biggest difference in the chipset department. The Legion 5 is powered by a 6-core AMD Ryzen 5 4600H chipset coupled with a discrete Nvidia GeForce GTX 1650ti with 4GB DDR6 RAM. The laptop comes with 256GB of SSD M.2 2280 PCIe 3.0x4 NVMe storage and a 1TB HDD inside. It features a 15.6-inch IPS 1080p display with a refresh rate of up to 120Hz. There is a built-in 720p webcam on the top bezel of the laptop. Lenovo Legion 5 comes running Windows 10 Home. It measures 363mmx259mmx22-24mm while its weight starts at 2.3kg.

Belting the audio on the Legion 5 are two 2W Harman Kardon speakers while the headphone audio on the laptop is supported by Dolby Audio. It has a battery life of up to eight hours. Lenovo says the battery life on the laptop is managed using the Hybrid Mode by Lenovo Vantage. There is a fan inside the laptop that manages the heat on it, in tandem with the Legion Coldfront 2.0 management system. The Lenovo Legion 5 sports a Legion TrueStrike keyboard with backlighting. There is a performance mode selector called Lenovo Q-Control on the laptop. All of these features are also available on the Legion 5i. The laptop comes with dual-band Wi-Fi and Bluetooth v5.0 wireless connectivity options along with USB-C, Thunderbolt, and HDMI ports among others for wired connectivity.

Lenovo has priced the Legion 5 at a starting price of Rs 75,990. It comes in a Phantom Black colour and is now available to buy on Lenovo online store and Lenovo Exclusive Stores across the country. The sales will be widened soon to other online partners and retail stores. Lenovo is also offering one year of free Premium Care and one year of accidental damage protection worth Rs 3,900 for free on the Legion 5.