The new P11 Pro from Lenovo is its most advanced tablet by far and is equipped with a good mix of features. Lenovo launched its premium-end tablet P11 Pro in India Friday. The P11 Pro is not a flagship tablet, yet Lenovo thinks it can go against some of the mighty bigwigs in the Android ecosystem, thanks to the specifications that look promising, at least on paper. Lenovo P11 Pro comes with a large display, quad speakers, and a detachable keyboard that enhances productivity on the laptop. According to Lenovo, the growing demand for tablets in the post-corona world where learn-from-home has become mainstream encouraged it to expand its tablet business in India. Lenovo is currently the largest Android tablet vendor in India.

With P11 Pro, Lenovo wants to lure customers who are looking for top-class hardware for a particular budget. And these customers are not going to Apple for some reason, even though the iPad has proven to be the best tablet device that has been in the market, thanks to Apple's seamless software support that Android tablets lack. Android's counterpart for tablets has been plagued with issues, so much so that Google killed its own Pixel line of tablets. It is just partner companies (OEMs) that are keeping up the business of Android tablets. Some low-end tablets have proven to be useful in the intersection of various industries but their consumer appeal has not been much.

The Lenovo P11 Pro costs Rs 44,999 and comes in Slate Grey colour. The cost of the detachable keyboard is Rs 10,000 but it will be available for Rs 5,000 as a part of the introductory offer for the first 30 days when users bundle it with the P11 Pro. The sale begins at midnight, February 14 on Amazon, Flipkart, and Lenovo's online store. There is a Lenovo Digital Pen, as well, but its price and availability details are not confirmed yet. 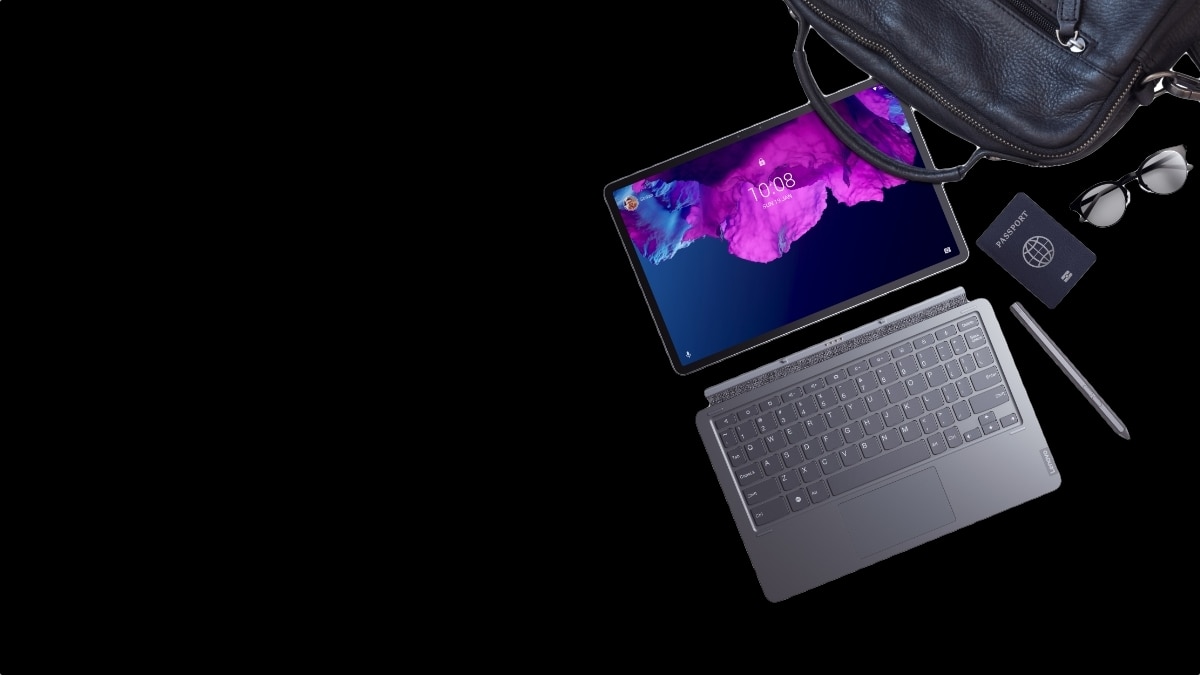 Lenovo P11 Pro runs Android 10 without any custom skin on top, making the experience quite fast. The tablet is eligible for Android 11, as well, but the rollout details are not clear. The P11 Pro is powered by octa-core Qualcomm Snapdragon 730G, which is a good chipset for multitasking and even gaming but cannot offer the flagship experience that Samsung's Galaxy Tab S7 can offer. The processor is coupled with Adreno 618 GPU for graphics. There is 6GB of RAM and 128GB of internal storage, with support for a microSD card of up to 128GB.

There is an 11.5-inch OLED screen with 10-point multitouch, Dolby Vision, HDR, and 500 nits of brightness on the Lenovo P11 Pro. This means the display can support Netflix's Dolby Vision shows and can get very bright under direct sunlight. The resolution of the display is 2560x1600 pixels.

Clad is a pure metal body, the Lenovo P11 Pro has dual cameras on both the front and the rear. On the front, there is a combination of two 8MP cameras, one with an RGB sensor while the other one is an IR sensor for facial scanning. The rear cameras include a 13MP wide and a 5MP ultrawide sensors. The tablet supports LTE through a single nano-sized SIM card, among Wi-Fi, Bluetooth, and other connectivity options.

The Lenovo P11 Pro is only 5.8mm thick at the thinnest edge and weighs 485 grams, both of which are impressive figures for a tablet. The four JBL speakers on the tablet support Dolby Atmos, as well. Finally, the Lenovo P11 Pro comes with an 8600mAh battery with Quick Charge 3.0 through a USB-C port. This battery is said to deliver a video playback time of 15 hours while it can also be used to reverse charge other devices.

There are over 100 million Apple Watch users globally, says analyst