LG could launch its rollable screen phone in March 2021

LG is working on a futuristic device that brings a rollable display that extends by 100 per cent to become a larger real estate. 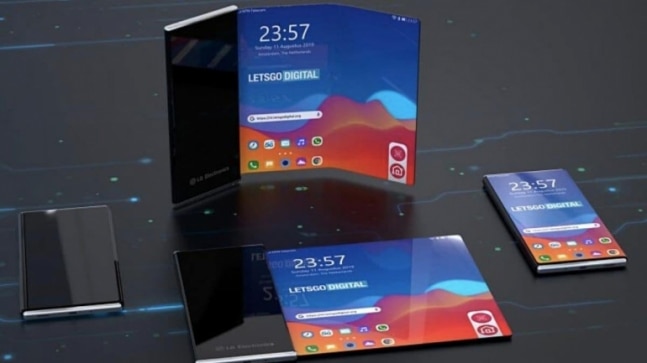 LG will reportedly bring its first rollable display smartphone next year in March. The futuristic smartphone that is allegedly under development as the first "Project B" device will feature a rollable display, much like how LG's iconic smart television with the same rollable panel. LG has not shared an official date but it might have fast-tracked the development on the said device.

According to a report by TheElec, the LG Project B phone will arrive sometime in March in 2021. The development comes after a previous report suggested the device from LG will launch around the second half next year, sometime in June. Whatever the case may be, LG's rollable-screen phone is in the pipeline, if we believe the patent that LG filed with the World Intellectual Property Office (WIPO). The company has even modified the patent to include the term "slidably-movable" for the device.

The ambitious device from LG is on the lines of various innovations that the South Korean company is making to redesign the form factor of a smartphone under the Project Explorer. Its LG Wing is the latest example of that strategy. With the rollable display, the LG phone will extend in size by 100 per cent. The phone will normally be of the regular size but when you pull the display from either side, it will extend vertically. This will make the device act as a tablet even.

While LG is yet to detail out how this device will come about, the report is giving some important details. According to the report, the device's rollable display will be made of OLED material. There will also be some sort of "sidelock" to prevent the display from rolling outwards without a prompt. This setup could also stop the device from building creases on the display.

The report has further said that LG is working on another device codenamed "Rainbow", which will also launch in the first quarter of 2021. The specifications of this device are said to be like the ones that LG V-series phones come with. This would mean that the upcoming device will be a premium one and that it will take on Samsung's upcoming Galaxy S21 phones.

LG recently launched the Wing and Velvet smartphones in India to expand its premium portfolio. The Velvet starts at Rs 36,990 (its dual-screen accessory is available for extra price) while the Wing is priced at Rs 69,990.

Realme Watch S with round dial, oximeter launched for around Rs 7,000