LG Q52 is the latest smartphone in the company's kitty to get the MIL-STD-810G certification. 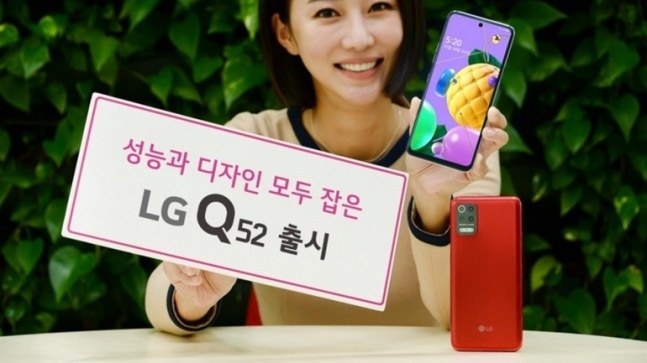 LG Q52 is the latest smartphone to join the company's mid-range portfolio. It emerged only a few days ago when some hands-on images surfaced, suggesting it is a rebranded K52 model that will launch in South Korea. Well, LG Q52 is indeed a rebadge of the K52. It is the successor of the Q51, as well. The most discerning feature on the phone could be the triple LED flash that sits under the quad cameras on the back.

LG has launched the Q52 for KRW 330,000 and it comes in Silky Red and Silky White colours. The shipping details of the smartphone are not available. Moreover, the company has not said if it will bring Q52 to markets outside of South Korea.

LG Q52 comes with a 6.6-inch IPS LCD with 720p resolution and a punch-hole right at the centre. This punch-hole has a 13MP camera that uses the screen as a flash for when you need it. The smartphone is powered by a 2.3GHz MediaTek Helio P35 processor paired with 4GB of RAM and 64GB of storage. The predecessor Q51 ran an Helio P22 chipset, meaning the Q52 has a good upgrade.

LG has got the Q52 the MIL-STD-810G certification for enduring extreme climates and situations, making it robust enough to be used when climbing a mountain or trekking at a cold location. The power button on the smartphone has the fingerprint sensor mounted. It runs Android 10 and has a 3.5mm headphone jack among other standard connectivity options.

For photography, there is a 48MP main camera, accompanied by an 8MP wide-angle camera, a 2MP macro camera, and a 2MP depth-sensing camera. The LG Q52 is backed by a 4000mAh battery, although the fast charging powers of this battery are not available.