LG shares tentative names for its rollable display phone, which one do you like?

LG has given some names in the latest trademark filed with the EUIPO, including the LG Rollable that sounds the best. 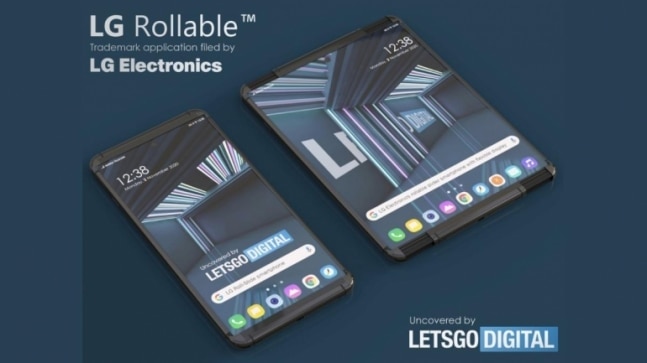 LG is speculatively working on its next futuristic smartphone that will have a rollable display. The device is reportedly dubbed Project B and is a part of the Project Explorer, the first fruit of which was the LG Wing. The most interesting parts about this device, its working mechanism and its launch were leaked in rumours recently but its name remained a mystery. Until now. LG has finally shared tentative names for its upcoming rollable device and they are as obvious as you would expect.

According to a new trademark application filed (via LetsGoDigital) with the European Union Intellectual Property Office (EUIPO), this device could end up being called LG Rollable. The South Korean company is being straightforward here without throwing any cheeky term or name into the mix. This is much like how Samsung named its first foldable the Galaxy Fold but it later made things a little complex with the successors, such as the Galaxy Z Fold 2 5G. Another smartphone company Motorola, however, had it simple. It called the device Moto Razr, based on its uber-hit flip phone from the noughties.

The trademark was filed by the intermediary Mitscherlich on behalf of LG Electronics in Europe. It is common for companies to provide more than one name for their products. Similarly, LG has thrown more names like LG The Roll, LG Double Roll, LG Dual Roll, LG Bi-Roll, and LG Roll Canvas for the device. But these names do not sound as convincing as the first one, the LG Rollable. LG kept things simple with Wing despite the complex mechanism the phone sports. Maybe, the South Korean company will go the same path with the rollable display phone.

While LG is yet to detail out how this device will come about, rumours are floating around giving us some information about the device. According to previous reports, the device's rollable display will be made of OLED material. There will also be some sort of "sidelock" to prevent the display from rolling outwards without a prompt. This setup could also stop the device from building creases on the display.

Rumours are rife that the upcoming rollable device from LG will launch sometime in March next year. However, a previous report said the LG Rollable will debut in June next year. Maybe LG has expedited the launch of its upcoming device seeing how warm the welcome its Wing device has received. For what it is worth, the LG Rollable will open new ways for other manufacturers to toy around with the form factor of the smartphone and offer consumers unique ways to interact with them.