LG has announced that the QNED MiniLED televisions will come in maximum size of 86 inches. 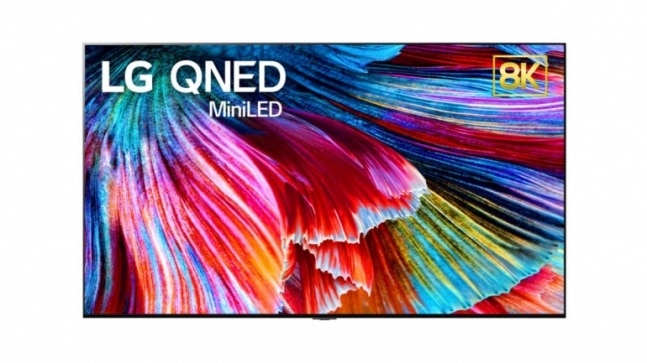 LG has announced it will showcase the new generation of its televisions at the Consumer Electronics Show that will be held virtually in 2021. The range is called QNED and uses the Mini LED technology, which is considered the next big thing in the display industry. It is essentially a new technology that already powers some televisions from TCL while Apple is allegedly going to use it on next year's iPad and MacBook models. LG has explained that QNED combines the mini LED backlighting, quantum dot technology, and its NanoCell technology into one.

Mini LED is a new technology that uses tiny LED lights that allows for better brightness control. This allows for better contrast levels and less intense halo effects on the screen, unlike the traditional LED technology. Most LCD screens today use the full-array local dimming technology wherein the LEDs are controlled according to their zones to cause contrast, brightness, and black levels to change. But Mini LED technology is a bit better. Also, it should not be confused with the microLED technology, which is far advanced technology meant for OLED panels.

In the case of LG, the South Korean company has claimed that its premium 8K and 4K televisions will use the Mini LED technology. According to LG, the new backlighting system contains over 30,000 tiny LED elements that can produce a contrast ratio of 1,000,000:1 along with 2,500 local dimming zones. These tiny LEDs will also produce peak brightness. This means the panels will be able to produce better dimming levels, black levels, improved colour accuracy, and enhanced HDR. All these televisions will also support up to 120Hz refresh rate, much like companies' previous premium TV models.

LG has said that its QNED TV series will come in maximum size of 86 inches, which could be the model for which the company has thrown all those numbers about contrast ratio and dimming zones. TCL also has a similar range of televisions, although they are not as aggressive on paper as LG is touting its upcoming QNED range to be. But LG will also bullishly launch the OLED TV panels because according to it, that is where you can have the best picture quality. Despite the advancements in technologies meant for LCDs, people who go to the premium range still prefer OLED panels because of an entirely different backlighting mechanism that makes them naturally better than LCDs. Apart from LG, only Sony is the other brand that sells OLED televisions in India. In the US, there is Vizio in addition to these two.

LG is expected to launch 10 TV models at the CES next year, so that is when we will know the full story about what QNED will mean for the television market. And it will be interesting to see how Samsung, Sony, and other brands react to it.