The LG Velvet is set to be launched on May 7 and it will be a big departure from the company's previous phone lineup. 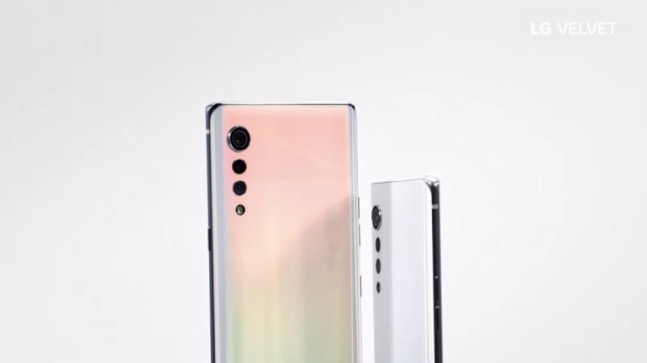 LG Velvet teasers are pouring in abundantly, revealing its key features, specifications, and the design. There have also been major leaks that claim to offer insights into what we can expect from the upcoming smartphone. Now, a fresh piece of information about LG Velvet's wireless charging has emerged, revealing more about the smartphone ahead of its launch scheduled for May 7. The Wireless Power Consortium has listed the LG Velvet on its certification website, confirming the smartphone will indeed have wireless charging support.

Besides, the listing of LG Velvet on the certification website has also confirmed what the smartphone will look like. LG Velvet has been teased in official video clips with its design and full look. The teasers have also confirmed there will be a Qualcomm Snapdragon 765G SoC and that the smartphone will feature rainbow-style cameras at the back. The design on the LG Velvet is a major departure from the company's existing premium and sub-premium smartphones -- something LG believes would give it an edge over its rivals' offerings.

A major leak earlier this week claimed there will be a 4300mAh battery with support for wireless charging on the LG Velvet. It further suggested a 48-megapixel main sensor, a 5-megapixel depth sensor, and an 8-megapixel ultrawide sensor on the LG Velvet's rear. The triple-camera setup has already been confirmed by LG. in fact, the camera style on the smartphone is considered the biggest change that would tell Velvet and its rivals apart, not only on the basis of specifications but their design. The LG Velvet will have a 16-megapixel front camera, as per the report.