LG Velvet was launched in select markets earlier this year with two processor configurations and there is a third one coming now. 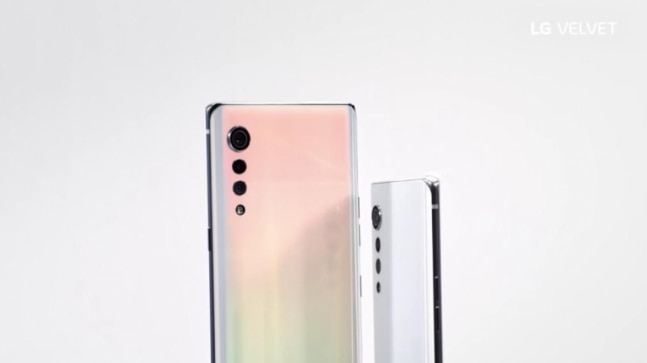 LG Velvet could be getting a third variant soon. According to the Google Play Console website, LG could be planning a Velvet smartphone powered by the MediaTek Dimensity 800 processor. The LG Velvet already comes in two processor variants - one with the Snapdragon 765G and another with Snapdragon 845. A Dimensity 800 chipset was launched back in January this year by MediaTek for mid-range 5G smartphones and it will likely offer an even cheaper 5G version of the LG Velvet.

According to the Google Play Console listing, spotted by 91Mobiles, the LG Velvet will have an MT6883 processor, which is commercially known as Dimensity 800. It has four Cortex-A77 cores and four Cortex-A55 cores, both sets clocked at maximum 2.0GHz. The smartphone runs Android 10 and has a display with a resolution of 1080x2460 pixels and a pixel density of 420 PPI. There will be 6GB of RAM on the LG Velvet's upcoming model, however, there could be more RAM variants for the same.

While the listing does reveal some of the key specifications, it does not show if there will be any changes to the design of the smartphone. The LG Velvet came as the brand's latest smartphone to have undergone a complete overhaul in terms of design. The rainbow camera design at the back is now getting popular among smartphones from other brands. Moreover, the LG Velvet comes with the dual-screen functionality, much like some G8 series phones.

Coming to the specifications of the LG Velvet that are available in some markets, the smartphone has a 6.8-inch FHD+ pOLED display with a waterdrop-style notch at the top. It has an in-display fingerprint sensor. as for photography, the LG Velvet comes with a 48-megapixel main sensor accompanied by an 8-megapixel ultrawide sensor, and a 5-megapixel depth sensor, sitting at the back in a style resembling that of waterdrops falling down. The selfie camera is a 16-megapixel shooter. The LG Velvet also supports a stylus, much like the Galaxy Note series. It comes with a 4300mAh battery under the hood with wireless charging support.

The Dimensity 800-powered LG Velvet is expected to be similar to other variants in terms of specifications. Since LG is using a MediaTek processor, the variant could be cheaper than the Snapdragon 765G processor, both of them providing 5G connectivity. The launch of the said Velvet model is not confirmed as of now and the markets in which it will launch are also not clear at the moment.