LG will not abandon existing phone users, to roll out Android 12 to some phones

LG earlier this week decided that it will shutter its mobile phone business but existing phone users have something to rejoice over. 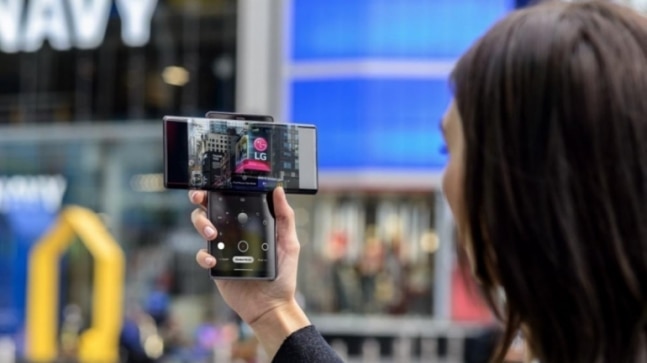 Just yesterday LG gave what could be the biggest shocker to the mobile phone world. It announced the closure of its mobile phone business. And while that may not worry most customers -- because if you have Android phone chances are it is not from LG, there are still a handful of LG loyalists that appreciated what the South Korean company brought to the table. Frankly, LG had a major role in shaping up the smartphone industry and its fans know that. And that is why LG has decided not to abandon these users by supporting their phone for at least one more Android upgrade cycle.

LG has said in a press release that its existing phones will continue to receive software and security updates. But there was no clarity beyond that. Now, folks at XDA Developers spotted some information on a page of the LG Korea website that is crucial for existing LG phone users. The page mentions that "Android 12 OS upgrade will also be provided for selected models." LG's fans should actually rejoice at this news because this could be the last glimmer of happiness for them as far as their phones are concerned. But there are certain caveats that you should know.

First, LG has noted that the Android 12 rollout is subject to change based on product performance and the update availability may vary by region. To break it down, LG is kind of putting out a disclaimer for its users that if a certain smartphone dives in terms of sales or adoption, LG may not consider rolling out Android 12 for that phone. Instead, it will focus on the phone that is selling. And even if your LG phone model happens to be among the most-selling devices for the company, there are chances you may still not receive the update. And that would be due to the region you are living in. LG does that. LG would roll out Android updates to units in a certain market or the carrier-locked units first before it considers widening the rollout.

In a statement, LG US told The Verge, "LG may offer certain OS upgrades for select models." So, yes. The updates are happening for select models, which are not clear at the moment. But while it is good news, it is a bit difficult to rely on LG's words at this point. There are still several LG phones that run on Android 10 -- at a time when a majority of other phones are on Android 11.

The timeliness of software upgrades is not something LG is good at -- it is perhaps the reason why LG could not brave the onslaught in the industry, and finally gave up. And this was the biggest pain point of the people using LG smartphones. In terms of features and specifications, the LG smartphones are nearly in line with the latest trend but the botched software rollout process caused the plunge.

I hope LG delivers on its promise of Android 12 software upgrades this time as it would be the last chance to prove something before leaving the premises for good.

Yahoo Answers, that weird corner of internet, is shutting down on May 4