LG Wing is selling in India for just Rs 29,990. The LG Wing will available for the reduced price starting April 13 via Flipkart. But, is it a good deal? Let's find out. 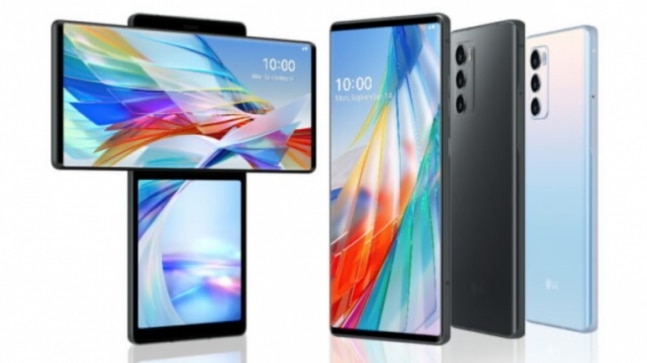 The smartphone features a triple-camera setup at the back.

LG Wing is selling in India for just Rs 29,990. You might be wondering if only LG had originally priced the phone for that amount. Maybe, it didn't have to shut the smartphone business entirely. Well, we are wondering the same too. The new LG Wing price comes as part of the Flipkart Fest sale. Interestingly, the decision has been taken just days after the smartphone maker decided to shut its phone business.

However, this isn't the first time when LG is selling a phone at an unbelievably low price. Last year, it had sold the LG G8X Thinq for as low as Rs 20,000 during a Flipkart sale. The LG Wing will available for the reduced price starting April 13 via Flipkart. It was launched at 69,990 late last year. But, is it a good deal? Let's find out.

The LG Wing price in India for the 8GB + 128GB variant drops to Rs 29,990 during the Flipkart Flagship Fest sale. The smartphone comes in a single Aurora Grey colour. Even though LG has shut its smartphone business, customers will get a one-year warranty from the company.

First, let's take a look at the specifications of LG Wing. The smartphone has a unique form factor. The Wing comes with two displays and two modes - Basic Mode and Swivel Mode. When in Swivel Mode, the display rotates 90 degrees, switching the main 6.8 POLED display in landscape mode while revealing a 3.9-inch second display that unlocks new functions.

Other specifications include a Qualcomm Snapdragon 765G processor, 8GB RAM, and up to 256GB internal memory. There is a 4,000 mAh battery with QuickCharge 4.0. The smartphone is IP54 certified for water and dust resistance.

Should you buy LG Wing?

There is no doubt that LG Wing is a unique smartphone with a one-of-its-kind form factor. The smartphone stands out because of appealing design and is ideal for those who like to experiment with their gadgets. It is surely a device to flaunt and makes for a good buy at Rs 29,990.

However, it is thick, bulky and not a usual smartphone which will make a lot of smartphone users think twice before buying it. The processor used here is average, and you can get phones with better performance around the same price point. If performance is your preference, you can skip LG Wing.

Also Read | Google confirms launch of Pixel 5a 5G in 2021 but it may not arrive in India
Also Read | iPhone 12 can be bought for Rs 67,900 in Flipkart sale, here is how the deal works
Also Read | MacBook Air 2021 launch: Specs, features, release date, India and everything we know so far