Apple is likely to begin the transition to the mini-LED technology starting this year with the MacBook Pro models. 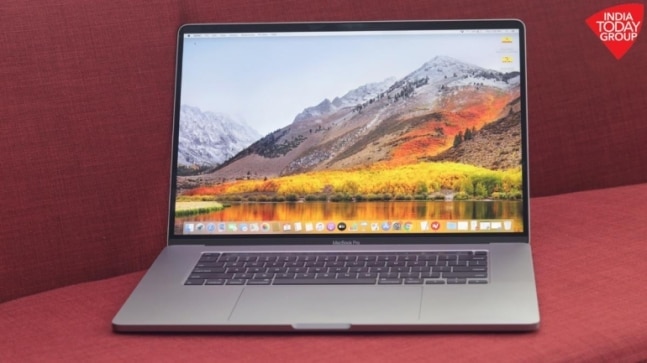 Apple last year introduced the M1 chipset on the MacBook Air and MacBook Pro. This year, the iPhone maker is expected to continue launching MacBook models powered by either the Apple M1 chipset or its upgraded version. But what else is changing for the MacBook is the display. Apple is likely to make the transition to mini LED technology with the iPad first this year and MacBooks later. Now, a new report has claimed that the mini-LED MacBooks will arrive in 2022.

A DigiTimes report has reiterated what the Apple analyst Ming-Chi Kuo said about the transition to mini-LED technology on Apple devices. Kuo had predicted that Apple will first launch the iPad Pro models with mini-LED tech in 2021, followed by a MacBook Pro, but the mini-LED MacBook Air will come out in 2022. These MacBook models will also be powered by the new Apple Silicon chipsets. Now, DigiTimes has shared a similar piece of information citing sources close to the development.

"The sources expect that Apple's 11-inch and 12.9-inch iPad Pros and 16-inch MacBook Pro set to be released in 2021 will be equipped with mini-LED displays and adoption of miniLED will be expanded to its MacBook Air products in 2022," noted DigiTimes in its report. At the same time, the report has also mentioned Samsung Electronics is likely to release a mini-LED tablet this year, as well.

The report has further said the MacBook Pro models are going to be the biggest driver of the mini-LED technology but it also mentions that the MacBook Air will get the mini-LED before the iPad. That is because Apple will offset the increased cost of the mini-LED as its ARM-based chipsets are significantly cheaper than the Intel counterparts. However, this is contrary to what some recent reports have said.

According to Kuo, the iPad Pro could get the mini-LED technology first before this technology arrives on the MacBook line-up. He said that the redesigned 16-inch MacBook Pro might get launched in the second or third quarter this year but after the iPad models are launched. He has also mentioned that the mini-LED MacBook will offer increased brightness, better contrast levels, and richer colours. Essentially, mini-LED technology uses a better backlighting system than the regular LED to give higher performance.

Kuo is optimistic that the sales of Apple MacBook will grow by 100 per cent over the next three years, with around 35 million shipments per year. The reason why the adoption of MacBook will grow is the Silicon chipset from Apple and new designs that might arrive with the MacBook. Recently, Apple was found to have patented a new MacBook keyboard that will have mini displays on them. These displays will have dynamic labels, which will change according to the app user has opened. This is similar to how the Touch Bar on MacBook Pro models works.