According to a prolific Apple analyst Ming-Chi Kuo, Apple might ditch the Touch Bar on the MacBook Pro this year. 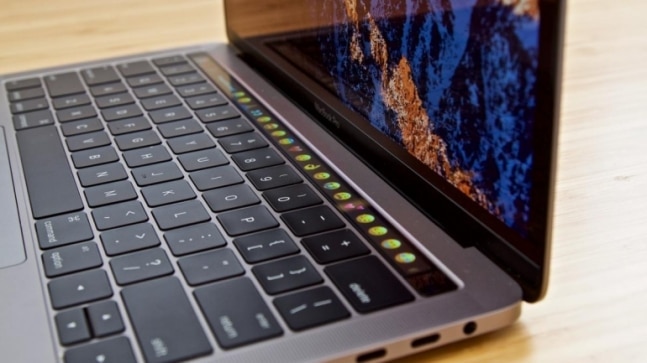 Apple MacBook Pro this year is going to be radically different from the models launched over the recent years. And the biggest change may be the comeback of the MagSafe charging connector. According to the renowned Apple analyst Ming-Chi Kuo, the MacBook Pro models will sport a fresh design that will have some bits from older MacBook Pros. And while that will happen, Apple is also said to bid goodbye to the Touch Bar that it introduced on MacBook Pro in 2016.

Kuo's latest predictions are in line with his previous ones where he mentioned Apple is going to overhaul the MacBook Pro design. Corroborating these predictions is a new Bloomberg report that also adds some information about the chipsets Apple's 2021 MacBook Pro line is expected to have. More on this later. So Kuo has said Apple will bring back the MagSafe charging connector to the MacBook Pro back but it is not clear if this new solution also has anything to do with the MagSafe accessories that Apple is bullish about. The iPhone 12 was launched with this new MagSafe technology to support a wide range of accessories.

The second thing that Kuo has predicted in his note is the omission of the Touch Bar. Apple has often been criticised for the Touch Bar because some people believed it is a gimmick more than it is for practical uses. The 2021 MacBook Pro models may feature the function keys at the cost of OLED Touch Bar going for good. And since the MacBook Air models already have the function keys, it is going to be a bit hard for Apple to justify the distinction between the Pro and Air models.

Besides, Apple is also said to ditch the curve sides in favour of squared-off edges. This design will be similar to that of the iPad and the iPhone 12. There will be two models: a 14-inch model and a 16-inch model. Kuo has also mentioned that Apple will add more ports to the MacBook Pro models of this year so that the need for dongles can be minimised.

Bloomberg has said that Apple MacBook Pro will be powered by the company's ARM processors while there will be no Intel models this time. It makes sense because Apple will gradually phase out all the Intel-powered MacBook because its Silicon processors are bringing good results. Last year, Apple launched the MacBook Air and MacBook Pro models with M1 chipset and both of them proved to be significantly faster and efficient than the Intel-powered counterparts.

The 2021 Apple MacBook Pro models will also have the same heat pipe system for thermal management that the 2020 models come with. And finally, the Bloomberg report has mentioned the MacBook Pro models that will launch this year will have brighter displays with higher contrast. There is no mention of how this will be achieved. Apple is likely to continue with its Super Retina technology but maybe the XDR display debuts this time. I am not sure at this point.

Apple is expected to launch the MacBook Pro in the latter half of 2021, which is quite far-off and we could learn more about this Apple laptop over this time.

Users in India spent 21.3 hours per month on an average on WhatsApp: Report