LG has exited the smartphone business, but that does not seem to affect its fan, who has collected over 90 LG smartphones over the years. 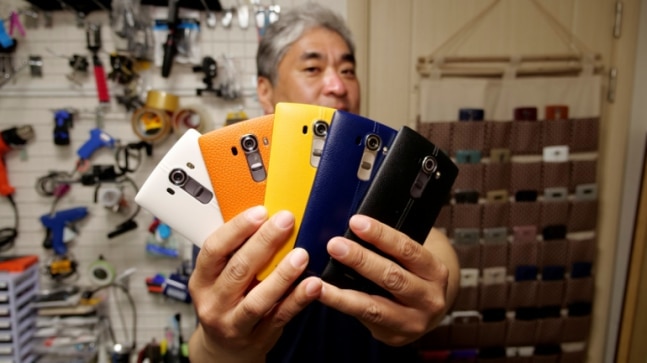 LG has exited the smartphone business, but that does not seem to affect its fan, who has collected over 90 LG smartphones over the years. South Korea-based Ryu Hyun-soo calls himself an "LG phone maniac" and says that he would not ever give up on LG smartphones that he has bought over the years. The fact that LG will not make any more smartphones does not bother him at all. Ryu Hoo, who was bowled over by LG's audio quality, fits the description of a perfect brand loyalist. He seems to be more devoted than any fan can ever be.

As per a Reuters report, 53-year-old Ryu had collected over 90 LG smartphones in over 23 years. He said that the audio quality of the smartphones and the design appeased him a lot. "I went all-in on the LG phones due to the audio," he told Ryu.

Ryu has a special room for all his smartphones along with parts and tools to fix them at his residence in Anyang, south of Seoul. LG had decided to close down its smartphone business due to a huge slump in revenue. The LG smartphones including the Wing, Velvet, Q-series, W-series, and K-series, will continue to sell until the inventory exits. The company will not produce any new smartphones and has plans to wind down the entire mobile phone business by July 31.

Ryu, who is a huge LG fan, said that the company suffered losses because it was busy matching up with the competition without paying much heed to the quality of its own devices. "I think they were rushing to catch up (with Samsung), sacrificing the quality ... (and) to cover up the issue, the company was focusing too much on the design and other functions," he said.

However, LG decision to quit has not affected him personally. Ryu plans to use his LG phones as he can buy the parts online if anything goes wrong with the phones. "It is easy to replace parts if you practice a little. I'm not sure when the parts will be out of stock, but I'll continue to use the LG phones as long as the parts are still being supplied," he said.

Ryu even compared his LG phones to a friend with whom he has shared the ups and downs for life. While the Samsung phones are more like a smart friend, Apple iPhone is a girlfriend to him.