The man has claimed that he was listening to music before his iPhone 6 suddenly caught fire. 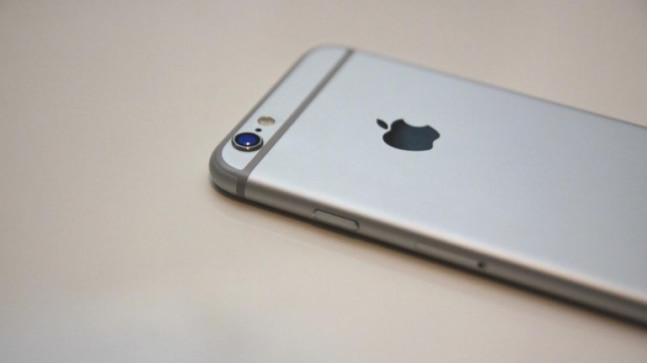 An iPhone 6 unit reportedly exploded and caused injuries to a US-based man, who is now suing Apple for the incident. Robert Franklin of Hopkins County in Texas has filed a class-action lawsuit against the iPhone maker, seeking damages in excess of $75,000 and more than $5 million for the entire class, which includes reimbursement costs for the faulty iPhone 6 model, its battery, and replacement costs. The man has also argued in the lawsuit that the battery inside the iPhone 6 "contains a defect" that creates a danger of explosion and fire.

In the suit filed with the US District Court for the Eastern District of Texas, Franklin mentioned that he was listening to music on his iPhone 6 when suddenly the songs began to skip on their own. He added that as he went up to pick up the iPhone 6 unit, its battery exploded, causing burns to his eyes, because of which he fell. While trying to save himself from falling, he tried to brace himself using his right hand because of which his wrist got injured, according to the suit. The plaintiff said both his eyes and wrist continue to hurt to date. The iPhone 6 unit that exploded was purchased in 2018, according to Franklin's statement in the lawsuit.

As compensation, Franklin is now asking for damages from Apple, which includes greater than $5 million for the class, in addition to $75,000. "The iPhone 6 battery contains a defect at the time it is sold which renders it unable to perform its intended function and unfit for its intended purpose. The iPhone 6 battery contains a defect which makes it unable to reliably perform its function of powering the iPhone 6 without overheating. This defect creates danger of explosion and fire in the iPhone 6," the lawsuit has noted. However, the plaintiff has not talked about the condition of the iPhone 6 when it exploded.

Franklin has mentioned in the lawsuit that he bought the iPhone 6 in 2018, which is around three years from the original year of launch. Apple launched the iPhone 6 and iPhone 6 Plus back in 2015 -- with features that allowed the iPhone to slow down its performance should the battery health deteriorate over time. Apple faced the brunt for intentionally making iPhones perform slower than they should, only to increase the longevity of the battery. Apple was ordered to pay $113 million in the batterygate scandal, besides replacing batteries on impacted iPhone models free of cost and removing the feature from the iPhone. Later, Apple introduced the Battery Health feature that tells iPhone users the status of the battery.

Apple has not responded to the lawsuit yet.

Previously, an iPhone X exploded in a man's pocket, causing him severe burns on his thighs and fire to his trousers. The incident happened in Australia, where Apple has a good market share in the smartphone market.

WhatsApp working on making sticker search easier and other features