A day after Mark Zuckerberg said that social media sites should not play "arbiters of truth," memes are going viral with satire articles that make provocative and fake claims about the Facebook CEO. Facebook CEO Mark Zuckerberg is dead, said one headline. The story then explained Zuckerberg died after coronavirus infection and that he leaves behind eight children and three wives. It is all fake, even if the story went viral on Facebook. The story was created and shared by an Australian satire website called the Shovel to prove a point after the Facebook CEO said that social media sites should not play "arbiters of truth" and should not verify social media posts.

Mark Zuckerberg made his comments on a US television channel, apparently when he was asked to comment on Twitter fact-checking one of the tweets made by US President Donald Trump. In his comments, Zuckerberg said, "I just believe strongly that Facebook shouldn't be the arbiter of truth of everything that people say online... Private companies probably shouldn't be, especially these platform companies, shouldn't be in the position of doing that."

His comments were later tweeted by Trump.

Zuckerberg's comments also drew attention from Twitter CEO Jack Dorsey, who tweeted that checking for facts "does not make us an arbiter of truth" and that "our intention is to connect the dots of conflicting statements and show the information in dispute so people can judge for themselves."

The comments from Facebook CEO also drew attention from satire websites. The Shovel wrote a satire piece full of provocative and false claims about Zuckerberg, and after giving the headline "Mark Zuckerberg Dead At 36 Says Social Media Sites Should Not Fact Check Posts" shared it on Facebook where it quickly went viral. Soon, a few other websites as well individual users followed, and created their own variants of the satire. 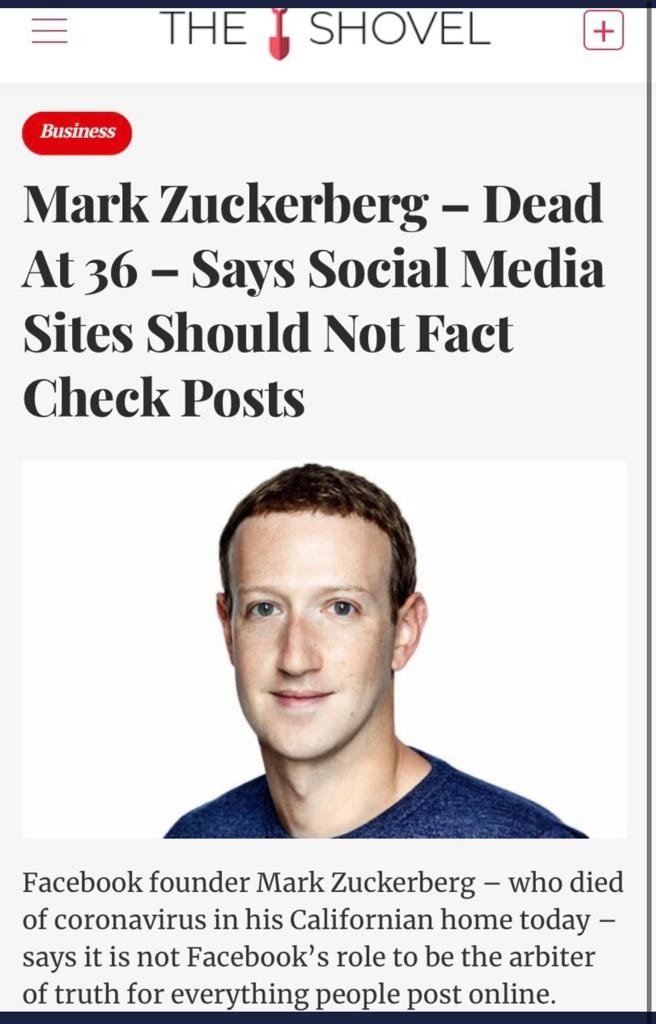 One of these websites is the Chaser, which too saw its provocative satire piece go viral. "It turns out Facebook users love this type of content -- so I guess we'll just have to churn out more of it," Charles Firth, managing editor of Chaser online told the Guardian. 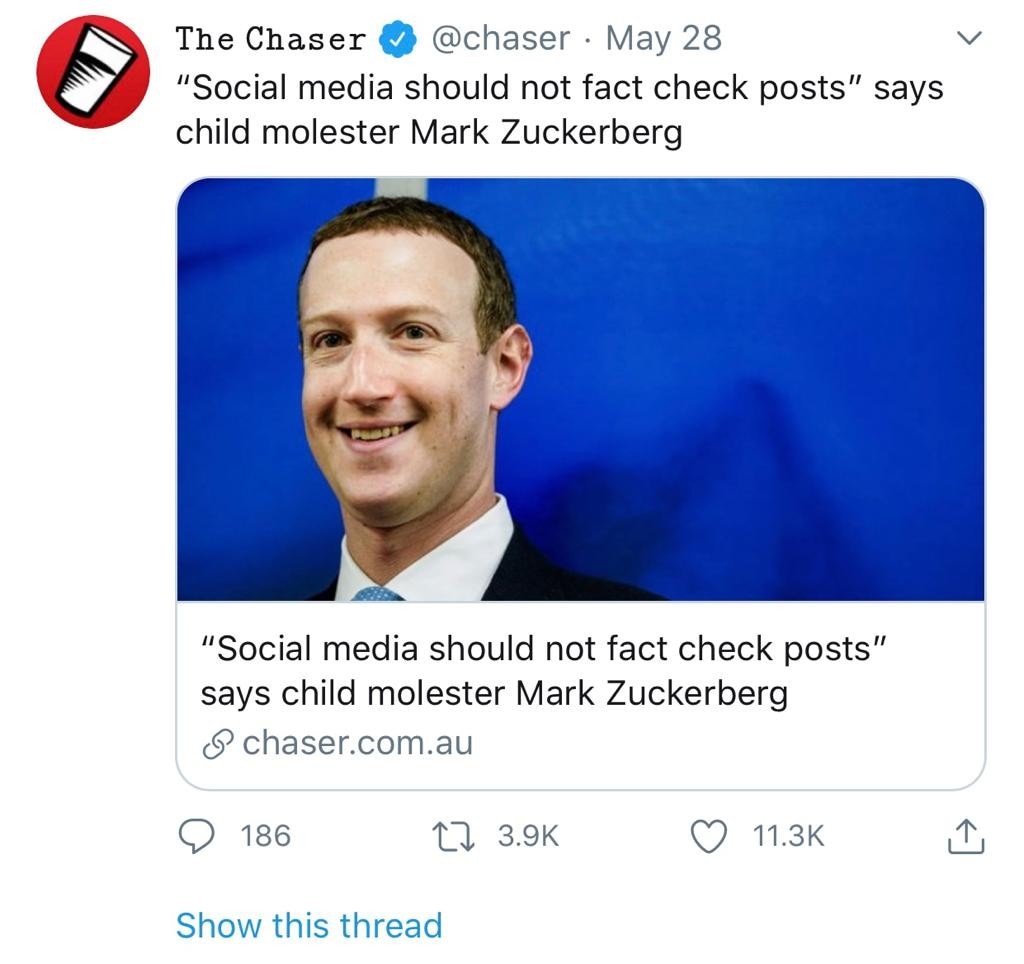 While the debate about whether social media sites should fact check users posts or not is an old one, it has created a lot of buzz in the last two days. This started when a day ago Twitter labelled one of Donald Trump tweets with a fact-checked article, effectively calling the US President a liar. Trump has termed the Twitter move censorship and has issued an executive order that aims to limit ability of social media sites to restrict or delete user content. However, Twitter is not backing down. On Friday, the site claimed through one of his tweets Trump glorified violence and restricted the tweet by hiding it behind a public notice as well as by disabling RT and reply for this one particular tweet.