Ever since Xiaomi has launched the Mi 11 globally, there have been reports suggesting that the smartphone maker may also introduce more models in the series. 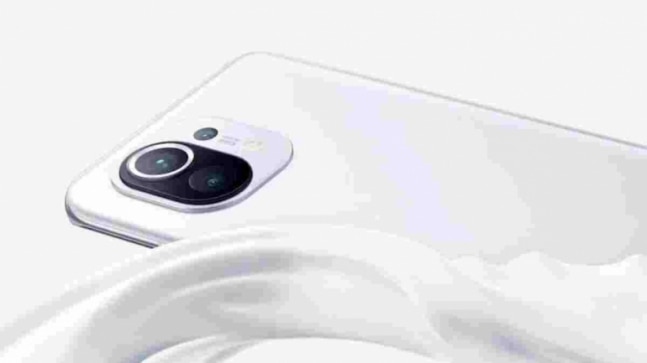 The smartphone is likely to be powered by Qualcomm’s Snapdragon 732G chipset.

Ever since Xiaomi has launched the Mi 11 globally, there have been reports suggesting that the smartphone maker may also introduce more models in the series. These are tipped to be the Mi 11 Pro and Mi 11 Lite. We now have some details about the latter. The affordable Mi 11 smartphone is going to come with a major change in design. The smartphone may ditch the curved edges and feature a flat front screen, according to few leaks.

While rest of the design should be similar to what we have seen on the Mi 11, the only difference between the two will be on the front. The Mi 11 flaunted edged curves on the display and the Lite model will skip them.

The smartphone is likely to be powered by Qualcomm's Snapdragon 732G chipset. The Mi 11 is expected to be launched alongside the Mi 11 Pro while the company is also tipped to introduce an Ultra model in the series. Few leaked images last week also gave an idea about Mi 11 Ultra's design. The smartphone will feature a triple-camera setup at the back.

The camera module is big and houses two large sensors alongside the periscope lens. The leaked images reveal that the smartphone will come with a 120X zoom camera. There is also a tiny display next to the camera setup. The smartphone is tipped to come with a 50MP main sensor, a 48MP ultrawide lens and a 48MP periscopic telephoto zoom lens.

The phone is likely to feature a 6.8-inch quad-curved OLED display with WQHD+ resolution and a 120Hz adaptive refresh rate. The hole-punch cutout houses a 20MP front camera. The smartphone is expected to be powered by the same Qualcomm Snapdragon 888 chipset as the Mi 11.

To recall, the Mi was the first smartphone to launch with Snapdragon 888 SoC in China. It was later unveiled globally. However, there is no official word about phone's India launch but Xiaomi is expected to bring it to India in the second quarter of 2021.

Also Read | Sennheiser wants to sell its consumer audio business
Also Read | Twitter rolls out voice DMs feature in India, here is how to use it
Also Read | Nokia 5.4 goes on first sale today on Flipkart: Should you buy this Android One phone?