Xiaomi is heavily tipped to launch the Mi 11 Pro in China next month. The phone could get a quad-camera set-up. 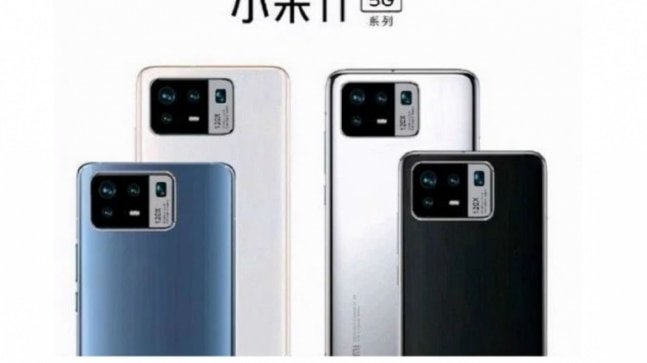 Xiaomi recently launched the Mi 11 flagship in China and since then rumours have been rife about the company launching a more powerful version of the device, the Xiaomi Mi 11 Pro. The phone is rumoured to launch first in China sometime after February 12 and ahead of the launch, renders of the phone have leaked again.

The renders of the Mi 11 Pro reveal interesting details about the phone's design including the fact that the phone comes with a horizontal camera module with four cameras and an LED flash. One of the lenses in set-up appears to be square in shape and could be a periscope lens. This is because the lens also bears some text which mentions that the device supports up to 120x digital zoom.

The renders do not reveal the design of the front of the phone, or for the matter take the lid off any other details of the phone. However, in the past, we have had exhaustive leaks that have revealed important details about the Mi 11 Pro.

Previous leaks have claimed the Mi 11 Pro will come with support for 80W wireless fast charging. If the feature actually ends up making to the phone, then it will make Mi 11 Pro the fastest wireless charging phone in the world. With the charging tech in place, the phone will take about 18 minutes to fill up a 4,000 mAh battery. Along with this, the phone could also get 120W wired charging.

Apart from this, reports suggest the Mi 11 Pro may share some specifications with the Mi 11 which features a 6.81-inch display running a maximum resolution of 3200x1440 pixels and capable of 120Hz refresh rate. The panel also supports 480Hz touch sampling rate and is covered by Gorilla Glass Victus protection.

Underneath the Mi 11 Pro is reported to get a Qualcomm Snapdragon 888 SoC, coupled with up to 12GB of RAM and 256GB of internal storage. The phone also comes with an in-display fingerprint scanner and a heart-rate scanner.

As for cameras, the Mi 11 Pro is tipped to be an upgrade on the Mi 11 which comes with a triple-lens set-up at the back that features a 108-megapixel primary sensor with f/1.85 aperture, a 13-megapixel super-wide-angle lens with a 120-degree field of view, and a 5-megapixel telephoto-macro lens. Selfies are handled by a 20-megapixel camera.

Looking for affordable data plans? Consider these offers from Airtel, Jio and Vi

Realme Narzo 30A now tipped to arrive in February