Mi Notebook 14 Horizon Edition: Why it could make for a good buy

The Mi Notebook 14 Horizon Edition promises a lot based on what we can see from the spec sheet. Here's what makes it special. 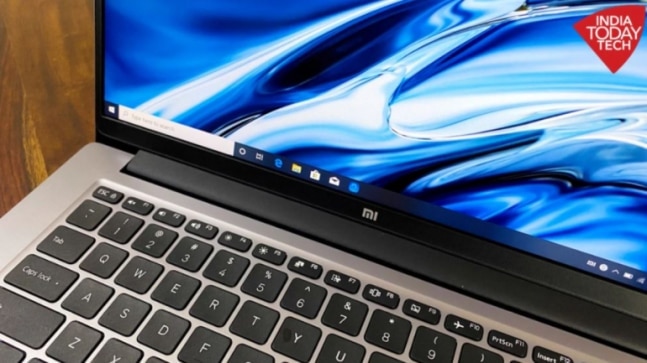 Xiaomi came to India as an affordable tech brand. Over the years, it has slowly vacated that space, leaving it open for its sub-brands like Redmi and Poco to fight it out for the budget and mid-segments of the market. Instead, Xiaomi has slowly diverted its focus on the upper echelons of the market, one which it recently populated with not only a flagship phone but also a powerful notebook -- which also happens to be part of the company's foray into the laptops business in India.

Although the company has launched a number of laptops under the series, the most interesting among them is the Mi Notebook 14 Horizon Edition that promises a lot based on what we can see from the spec sheet. Starting at Rs 54,999 for the Core i5 variant and going up to Rs 59,999 for the i7 one, the Mi Notebook 14 Horizon Edition has a lot going for it. Here's why it could make for a good buy.

While it's true that even the Horizon Edition of the Mi Notebook 14 isn't the most powerful laptop in the market right now, it still is quite a powerful machine in isolation. There's enough in there in terms of hardware to be able to promise good overall and above par gaming performance.

There's no denying Xiaomi could have provided better bang for the buck if they had gone for newer Ryzen chips, yet, in its current form, with 10th Gen i5 and i10 Comet Lake CPUs, the Mi NoteBook 14 will still have more than enough power for the average user. Thermals may end up being an issue that throttles the overall performance of the device, but that's something we can only comment on once we have completed our review of the device.

There's also discrete graphics from Nvidia which may not have enough Cuda cores to power 4K gaming, but will be good enough for achieving between 30-60fps on most casual gaming titles out there. Xiaomi has equipped both the variants of the Mi Notebook with fast SSDs, which depending on the variant of choice, are either routed through an NVME or SATA port. With the NVME controller tasked to route data on the higher-end variant of the Horizon Edition of the Mi Notebook 14 users are promised blazingly fast data transfer speed, as well as great load times for apps and Windows in general.

However, even if you go for the entry variant Horizon Edition laptop, you still get a SATA SSD which will still be good enough for most users. SSDs on both variants are upgradeable and can be switched to a faster or bigger one at a later date. Sadly, Xiaomi doesn't afford the same flexibility with the RAM on-board, with both variants getting a soldered 8GB DDR4 chip clocked at 2666Mhz for ensuring respectable performance.

The design is definitely a huge plus in the Horizon Edition's favour. Xiaomi's latest Mi Notebook is quite lightweight at 1.35kgs and features quite a manageable form factor for a laptop. Crafted out of aluminium, the frame goes for a minimalist look and feel. The company has even appeared to ut in a good amount of effort in keeping the screen lightweight for easy single-finger opening and closing of the lid.

Overall, the design of the Mi Notebook 14 Horizon Edition is quite impressive, with the only real flaw being the lack of a backlit keyboard.

Xiaomi's also managed to equip the laptop with an impressive display that's fitted inside a nearly bezel-less enclosure. The laptop comes with a 14-inch Full HD panel with an impressive screen to body ratio of 91 per cent that makes the front look all display and very little bezel.

On the higher-end variant, the 16:9 display also gets an anti-glare coating for protecting the user's eyes. In terms of other specs, the panel promises good viewing angles at 178 degrees and decent brightness at 250 nits. It also promises refresh rates of 60Hz.

For battery, the Mi Notebook 14 Horizon Edition gets a 46Whr battery that Xiaomi claims would offer up to 10 hours backup on a single charge. Now that's very good considering this is a Windows-based laptop, and if the Horizon Edition 14 does indeed manage to live up to the claim in our review of the device, it will definitely serve to be a huge bonus for it. To charge the battery, Xiaomi is bundling a 65W charger with the laptop which should help it juice up really fast.