Xiaomi is rolling out a new system update for the Mi Watch which will bring several new features including support for Amazon Alexa. 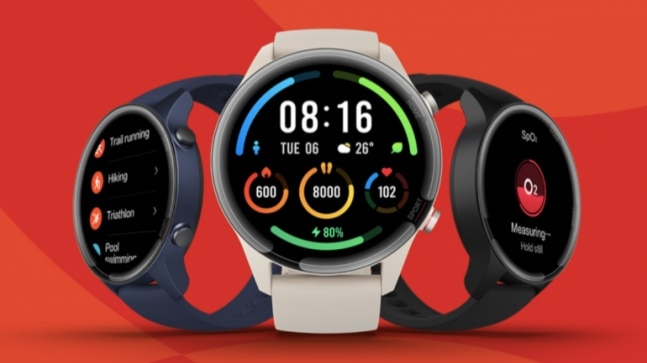 Xiaomi is rolling out a new system update for the Mi Watch which will bring several new features including support for Amazon Alexa. The latest update will bump up the firmware version to 1.2.52 and will bring new optimizations along with the features. The new update will add Amazon Alexa voice assistant support to the Mi Watch. However, this update will only be available for Mi Watch users in specific regions. There is still no word which countries will get support for Alexa support

The other features Xiaomi is set to bring to the watch include camera shutter control and two new standby watch faces. The first will be an experimental feature which will allow users to control their phone's camera shutter from their watch. The latest update also adds an option to turn on and off auto-pause in workout modes, in addition to bringing bug fixes and optimizations for faster wake up.

For those unaware, the new firmware update can be downloaded and installed using the latest version of the Xiaomi Wear app available on the Google Play Store. The app will show the option to update the watch software when it is available in that region.

In India, Xiaomi's first smartwatch was the Mi Watch Revolve, launched last year. The company is now expected to introduce the Mi Watch Lite in the country soon. The watch was spotted on India's BIS certification website. It was launched in China at CNY 299 (3,400 approx) and can be positioned in the budget category in India as well. The Mi Watch Lite will compete with Realme Watch, Amazfit Bip U, and other smartwatches in the budget category.

The Mi Watch Lite features a square-shaped screen just like the Redmi Watch. It weighs just 35g with the strap and 31g without the strap. The smartwatch was announced in China with three different color options including the watch cases and five strap colors. The colors include Pink, Ivory, Black, Navy blue, and Olive. The Mi Watch Lite comes pre-installed with multiple fitness modes and the ability to monitor heart rate continuously. The Mi Watch can be paired with the Mi Fit app to customize it with multiple watch faces.

Also Read | Sennheiser wants to sell its consumer audio business
Also Read | Twitter rolls out voice DMs feature in India, here is how to use it
Also Read | Nokia 5.4 goes on first sale today on Flipkart: Should you buy this Android One phone?