Micromax's latest smartphones IN Note 1 and IN 1B will be available to pre-order starting at 12 pm tomorrow from Flipkart. 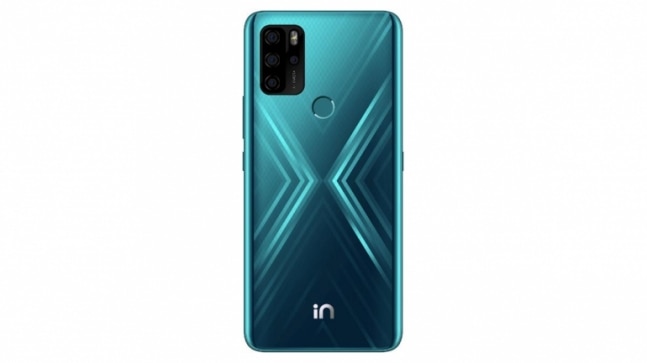 Micromax IN Note 1 and IN 1B smartphones that mark the company's comeback to the market will be available for pre-orders starting from Tuesday, November 10. The two smartphones are aggressively priced in different segments: the IN Note 1 belongs to the budget category which sells the maximum number of devices while the IN 1B caters to the entry-level audience that is coming to use a smartphone for the first time or has minimum usage.

Micromax IN Note 1, IN 1B Prices in India

The Micromax IN 1B, on the other hand, comes at a price of Rs 6,999 for the 2GB RAM and 32GB storage model while its 4GB RAM and 64GB storage model will go up for Rs 7,999. This smartphone will be available in three colourways with a gradient finish.

The two smartphones will be up for pre-order on Flipkart and Micromax online store starting noon tomorrow.

Micromax IN Note 1, IN 1B Specifications

The Micromax IN Note 1 is the most aggressively-specced smartphone in the latest lineup. It goes up against the Realme Narzo 20 and Redmi Note 9, considering the MediaTek Helio G85 processor under the hood. The smartphone has 4GB of RAM and up to 128GB of onboard storage, with microSD card support. The IN Note 1 packs a 6.67-inch 1080p display with a punch-hole in the centre.

For photography, the smartphone comes with a setup of four cameras: 48MP main sensor, 5MP ultrawide sensor, 2MP macro sensor, and 2MP depth sensor. The selfies on the smartphone are clicked using the 16MP camera residing inside the punch-hole. The Micromax IN Note 1 is backed by a 5000mAh battery that uses a USB-C port to charge at up to 18W speed. The connectivity options include Bluetooth, Wi-Fi, and 4G VoLTE. There is a 3.5mm headphone jack available on the phone.

The IN 1B, on the other hand, packs some less powerful specifications -- the ones that suit the entry-level segment. This smartphone has a 6.52-inch 720p IPS LCD with a notch on top. The IN 1B is powered by an octa-core MediaTek Helio G35 processor paired with up to 4GB RAM and 64GB storage, along with support for microSD card. This one has a 12MP and 2MP dual-camera setup on the back while the front snapper is an 8MP shooter. The IN 1B is backed by a 5000mAh battery, as well, but without support for fast charging.