Micromax IN Note 1, IN 1B now available for pre-orders on Flipkart starting at Rs 6,999

Micromax's new IN Note 1 and IN 1B smartphones have finally gone up for pre-orders in India days after their launch. 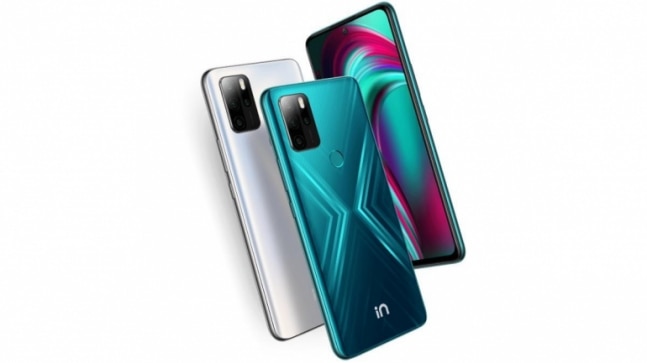 Micromax IN Note 1 and IN 1B pre-orders are now live on Flipkart and Micromax online store. The two smartphones from the Indian smartphone brand come at a time when anti-China sentiments are ripe, which Micromax believes will catapult the sales. The IN Note 1 and IN 1B come with specifications on par with its rivals, including Redmi and Realme smartphones. The latest phones from Micromax come with MediaTek processors, multi-cameras, and huge 5000mAh batteries inside that are common in their price segments.

Earlier this month, Micromax made a comeback into India's smartphone market. The preparations for its re-entry began early when Micromax co-founder Rahul Sharma posted a video featuring himself to talk about the brand's re-emergence that is coming at a time to give customers a desi alternative to Chinese smartphones. This is also why the sub-brand is called IN, which is an abbreviation for India.

Micromax IN Note 1, IN 1B Prices in India

The Micromax IN 1B, on the other hand, comes at a price of Rs 6,999 for the 2GB RAM and 32GB storage model while its 4GB RAM and 64GB storage model will go up for Rs 7,999. This smartphone will be available in three colourways with a gradient finish.

You can visit Flipkart or Micromax's online store to pre-order these devices. There is flat Rs 5,000 discount on using an American Express card.

Micromax IN Note 1, IN 1B Specifications

The Micromax IN Note 1 goes up against the Realme Narzo 20 and Redmi Note 9, considering the MediaTek Helio G85 processor is common between the three. It has 4GB of RAM and up to 128GB of internal storage, with microSD card support. The IN Note 1 packs a 6.67-inch 1080p display with a punch-hole in the centre. This design is similar to the one we have seen on Samsung Galaxy S and Note series phones.

In the optics department, the smartphone comes with four cameras: 48MP main sensor, 5MP ultrawide sensor, 2MP macro sensor, and 2MP depth sensor. There is a 16MP front-facing camera residing inside the punch-hole. The Micromax IN Note 1 is fuelled by a 5000mAh battery that uses a USB-C port to charge at up to 18W speed. The connectivity options on the IN Note 1 include Bluetooth, Wi-Fi, and 4G VoLTE. There is a 3.5mm headphone jack available on the phone.

The IN 1B, on the other hand, comes with entry-level specifications. This smartphone has a 6.52-inch 720p IPS LCD with a water drop-style notch on top. It is powered by an octa-core MediaTek Helio G35 processor paired with up to 4GB RAM and 64GB storage, along with support for expandable storage. The handset has a combination of 12MP and 2MP dual-cameras on the back while the front camera is an 8MP shooter. The IN 1B sports a 5000mAh battery, but there is no fast-charging.