Microsoft could buy TikTok in US, but Trump says he will ban ByteDance's app

After the reports that Microsoft could buy TikTok in the US emerged, US President Donald Trump has said he will ban the app in the US. 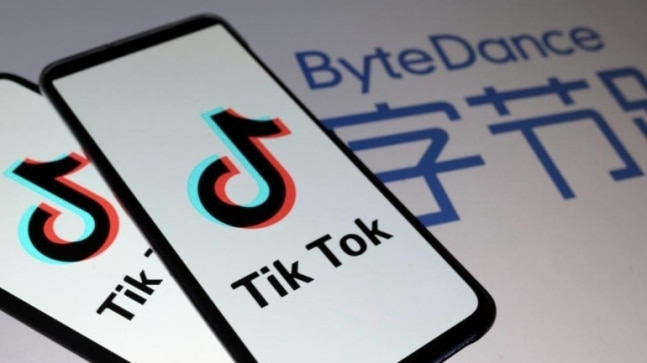 The United States is planning to ban TikTok, a popular app owned by China's ByteDance. In an unprecedented turn of events, US President Donald Trump said Friday the administration is banning TikTok hours after the reports of Microsoft buying TikTok's US operations emerged. Microsoft was apparently in the lead to acquire TikTok in the US, an order on which was waiting for Trump's signature. But the ban would be a testimonial to the US's government's strict stance against Chinese companies over the concerns of surveillance.

"As far as TikTok is concerned, we're banning them from the United States," Trump was quoted as saying in a Washington Post report. The US President was, however, earlier expected to sign an order that would force ByteDance to sell off the US operations of TikTok to an American company, according to Bloomberg citing people familiar with the matter. Among the companies bidding to acquire TikTok, which is all the rage among millennials in the US, Microsoft was at the front. The order, however, was subject to several prospects including the fact that TikTok belongs to a Chinese company.

While Trump was expected to make such a move to end the current woes for TikTok and lessen the fears over national security, his administration was also said to be considering other ways. One of the ways is an executive order, which the US President Trump has the right to sign, to bar TikTok by categorising it as a national security threat in the US. Trump's Friday statement hints at the latter likelier than allowing Microsoft to buy TikTok in the US.

"Well, I have that authority. I can do it with an executive order or that," said Trump while referring to his powers in case of a national emergency.

The fate of TikTok in the US, where it has over 70 million active users, remains in a jeopardy. If the US administration bans the Chinese-owned TikTok, it will also likely put an end to the fears of tech companies that see TikTok as their biggest rival currently. TikTok has immense popularity, thanks to its short-form video remixing feature, as well as other video-related ones. While Facebook and Snapchat have tried emulating these features, they were a no-go among TikTok users.

In India, it was only after TikTok was banned, top creators moved to indigenous platforms, such as Roposo and Chingari, and Instagram. Rising to the occasion, Facebook also introduced Reels, which is a TikTok-like feature integrated within Instagram.

In the congressional antitrust hearing earlier this week, Facebook CEO Mark Zuckerberg said TikTok is a rival to his social media company and that it is the most popular social media app currently. Buying TikTok would make Microsoft level up itself against the Big Tech companies, including Amazon, Facebook, Alphabet (Google), and Apple. Microsoft did not comment on the speculations but TikTok told The Verge:

While we do not comment on rumors or speculation, we are confident in the long-term success of TikTok. Hundreds of millions of people come to TikTok for entertainment and connection, including our community of creators and artists who are building livelihoods from the platform. We're motivated by their passion and creativity, and committed to protecting their privacy and safety as we continue working to bring joy to families and meaningful careers to those who create on our platform.