The Microsoft Surface Go 2 and Surface Book 3 could see the light of day next month. 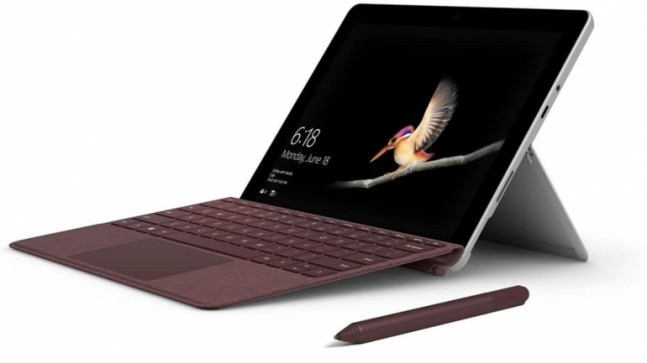 Microsoft was rumoured to be working on the successor of its popular Surface Go tablet and the Surface Book 2. Both devices have leaked previously, along with their tentative launch timeline that was tipped to be somewhere around the springtime. But that could not happen due to the covid-19 pandemic-induced lockdown and industry disruptions. Now, Microsoft could be looking to introduce the new Surface hardware at an online event in May, as per a report citing sources familiar with the development. But, again, nothing is set in stone at this point.

The Surface Go 2 could emerge as the highlighted product from Microsoft's kitty. The name of the device is not official, yet it is being called Surface Go 2 based on the company's tradition of naming its Surface devices. According to Windows Central, the Surface Go 2 could have a 10.5-inch display that will be crammed into the device with similar dimensions as its prequel's. The display resolution will also be bumped slightly to 1920x1280 pixels. Its design is also said to be borrowed from the Surface Go, including a similar chassis and placement of ports. Per the report, the accessories that work with the Surface Go should also be supported on the successor.

The Microsoft Surface Go 2 could come in a Platinum colour and start at $399.

The Microsoft Surface Book 3, on the other hand, is said to be launched alongside the Surface Go 2. The upcoming laptop, Winfuture reports, could have multiple options in terms of processor, storage and display size. According to a listing on a retailer website, the Surface Book 3 could come in a 13-inch variant and a 15-inch model, along with options for the Intel Core i5-10210U and Intel Core i7-10510U processors. There will be up to 32GB of RAM and 1TB of storage on the Surface Book 3. Another important upgrade will be the shift to Nvidia Quatro GPU that could offer better professional-level performance to designers, 3D animators, and engineers, besides the gamers.