Microsoft and LG have entered into an exclusive agreement that promotes Xbox Series X gaming on the OLED televisions. 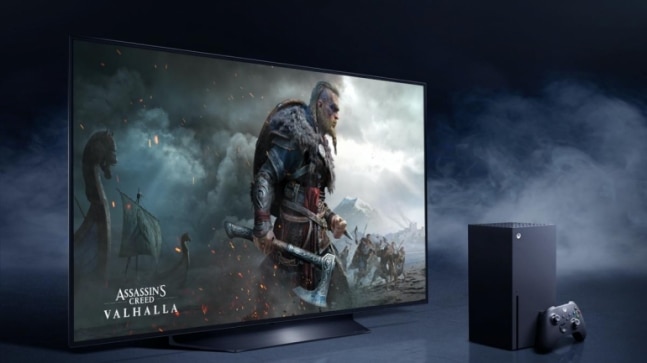 Microsoft Xbox Series X and Series S are now available for purchase in India and elsewhere. If you are planning to buy one, you need to keep in mind that you have a good television at home to get the maximum experience. But in case you are looking for a new television, Microsoft has a recommendation. Microsoft and LG have entered into an exclusive partnership that promotes Xbox Series X gaming on LG OLED TVs, giving consumers the best console experience.

The LG OLED televisions come with Dolby Vision and Dolby Atmos features, which bring out the maximum performance when gaming on Microsoft's Xbox Series X and Series S gaming consoles. "The advanced combined processing power of the duo enables players to enjoy 4K gaming at up to 120 frames per second to take advantage of the latest advancement in real-time ray tracing graphics technology," said LG in a statement that announces the exclusive agreement between the South Korean company and Microsoft.

While Dolby Vision is not immediately available and will be rolled out later through a software update, there is the HGiG profile, which is the first in the segment, from the HDR Gaming Interest Group, which was founded by LG and Microsoft to enhance hardware and software solutions for the best gaming experience.

According to LG, its OLED TVs are certified by TUV Rheinland and Underwriters Laboratories, ensuring that these televisions are rid of any flicker and that there are low blue light emissions. This means that gaming on these televisions can be for extended durations, without impacting the players' eyes much.

Not only these two features, but the LG OLED televisions also have a 1ms response rate with low-input lag that favours fast gaming on the televisions. The latest LG OLED TVs also feature latest HDMI input and output standards, including Variable Refresh Rate (VRR), Auto Low Latency Mode (ALLM), and Enhanced Return Audio Channel (eARC), which facilitate higher response rates while gaming on the Xbox Series X and Series S gaming consoles. The standard response time for Xbox Series X has to be 5ms maximum, which means the LG TVs are well-suited.

Who can avail the benefits of this partnership?