Microsoft is bringing the next version of Windows on June 24. 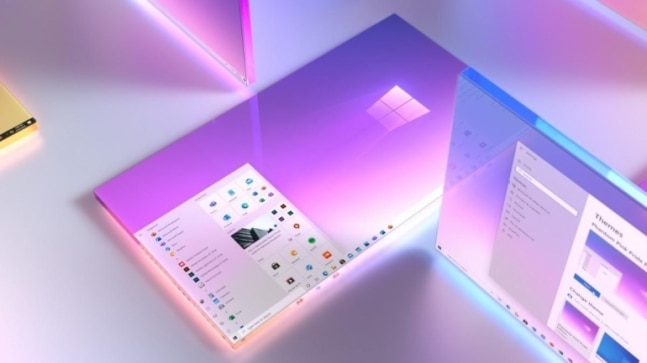 Microsoft is holding the Windows 11 event on June 24, and it, for some reason, thinks that you cannot contain the excitement over the arrival of the next-generation Windows. For that very reason, Microsoft has released an 11-minute video on YouTube to help you relax. The video has a collection of startup sounds from different Windows versions, all slowed down by 4,000 per cent. So, when you speed up the video, you can hear a new startup sound that I think is what you will hear on Windows 11.

"Having trouble relaxing because you're too excited for the June 24th Microsoft Event?" Microsoft asked in the YouTube video caption. "Take a slow trip down memory lane with the Windows 95, XP, and 7 startup sounds slowed down to a meditative 4,000 percent reduced speed."

Windows 11 is definitely happening. There are several pieces of evidence pointing to that. This new YouTube video that Microsoft wants you to listen to is also 11 minutes. The June 24 event will begin at 11 am PT. These two themselves are good enough to be considered a hint for Windows 11. During the recent Build 2021 conference, Microsoft CEO Satya Nadella said that the June 24 event is meant for the next generation of Windows. And this, too, means Windows 11 is coming out later this month, although the actual release may take some time.

The new Windows 11 is going to bring a complete overhaul to the design of the operating system. This visual revamp will finally say goodbye to the Windows 95-era icons, while there will be some other elements that will make the OS look a lot more modern.

Microsoft has been working on the Sun Valley update for a while, and this update is likely to be what this entire visual overhaul will bring to the Windows operating system. Microsoft had already killed the Windows 10X hybrid platform last month. At the time of last month's announcement, Microsoft said that it will be implementing its learnings from Windows 10X on the upcoming Windows version. So, we may see features meant for foldable devices on Windows 11.

The Windows 11 operating system may also bring a revamped Microsoft Store, previously known as Windows Store, for the distribution of apps on the platform. Right now, it is a bit hard to tell how these changes will come through, but going by Microsoft CEO Satya Nadella's words, developers will like the next generation of Windows. And not just developers, creators are likely to like Windows 11.

OkCupid will now let your matches know that you are vaccinated, feature out in India