Xbox Series X is the latest gaming console from Microsoft. It brings support for high-resolution gameplay and impressive features. 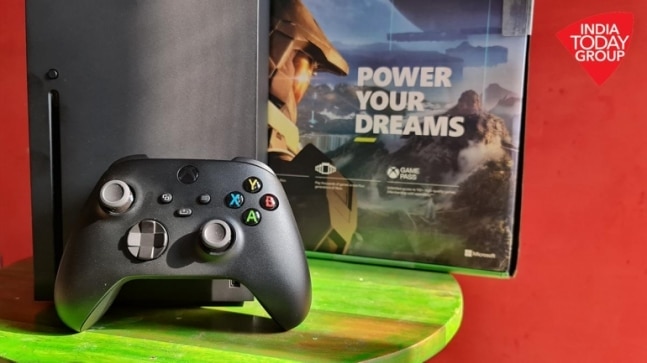 Microsoft's Xbox Series X console is here, and with its launch, it has become the most powerful gaming console on the planet right now. In fact, such is its capability to produce raw teraflops that in a few days time when the PlayStation 5 is launched globally -- the console has no official release date in India at the time of writing -- the Xbox Series X will still be the most powerful console out there in the market.

Hiding a lot of powerful hardware inside a sleek tower-case shell, this next-generation flagship console from Microsoft is a stunning piece of hardware that has the potential to completely change the landscape of the video game industry by finally bringing console gaming to the level -- and even surpassing -- of what we've seen on high-end gaming rigs.

Powered by a custom AMD Zen 2 processor running at 3.8-GHz, a 12-teraflop AMD RDNA 2 GPU, 16GB of RAM, a 1TB custom NVMe SSD, the Xbox Series X comes with support for running games at a maximum refresh rate of 120Hz and 8K resolution. And living up to its next-gen tag, it also promises features such as shorter load times, the ability to launch and queue up several games at once, ray tracing and variable rate shading.

However, as we have found out, the Xbox Series X is more than just the sum of these fancy features and its powerful hardware. It is about creating an immersive gaming experience, which is not only no-nonsense but also right at the top in terms of quality offered. While we'll delve a little deeper into these aspects later, for now, we'd try and explain what the Xbox Series X is all about and what we think of it so far. 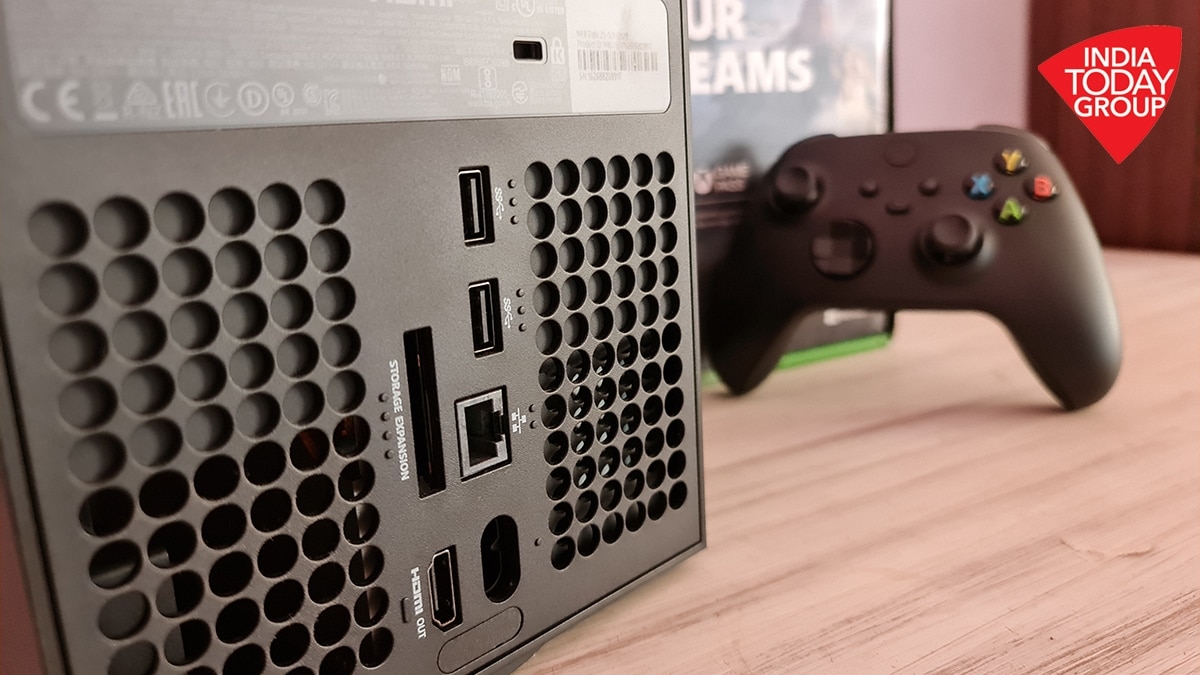 To begin with, let's talk about the console's design which depending on who you're asking could be described as futuristic or even downright boring. In our opinion, however, the Xbox Series X's shell looks more like a mini-tower case PC which makes it quite interesting to look at. Standing upright, it looks like a box made out of matte plastic which because of its black exterior will go well with any background.

The case does look a little big in pictures and is a little heavy, however, both its size and weight have been kept to a manageable level by Microsoft making it portable enough. The overall design is quite minimalist and classy, with an Xbox logo at the front and a disk drive enclosure right below it.

At the top, the Xbox Series X has a large vent with green accented holes and a fan tucked beneath it. To any PC gamer out there, this would remind them more of a mini-tower PC, which honestly is what the Xbox Series X really is, a small form factor PC because of the hardware it hides inside.

The Xbox Series X also comes with the new generation controller that Microsoft has designed for this next-gen console. While there are few design changes in the controller, overall it follows the same design DNA that we've previously seen on the controllers shipped with Xbox consoles in the past. It's wireless and sadly still uses AAA batteries. However, what works in its favour is that it is not limited just to Xbox Series X and S consoles but can also work with Windows PCs. 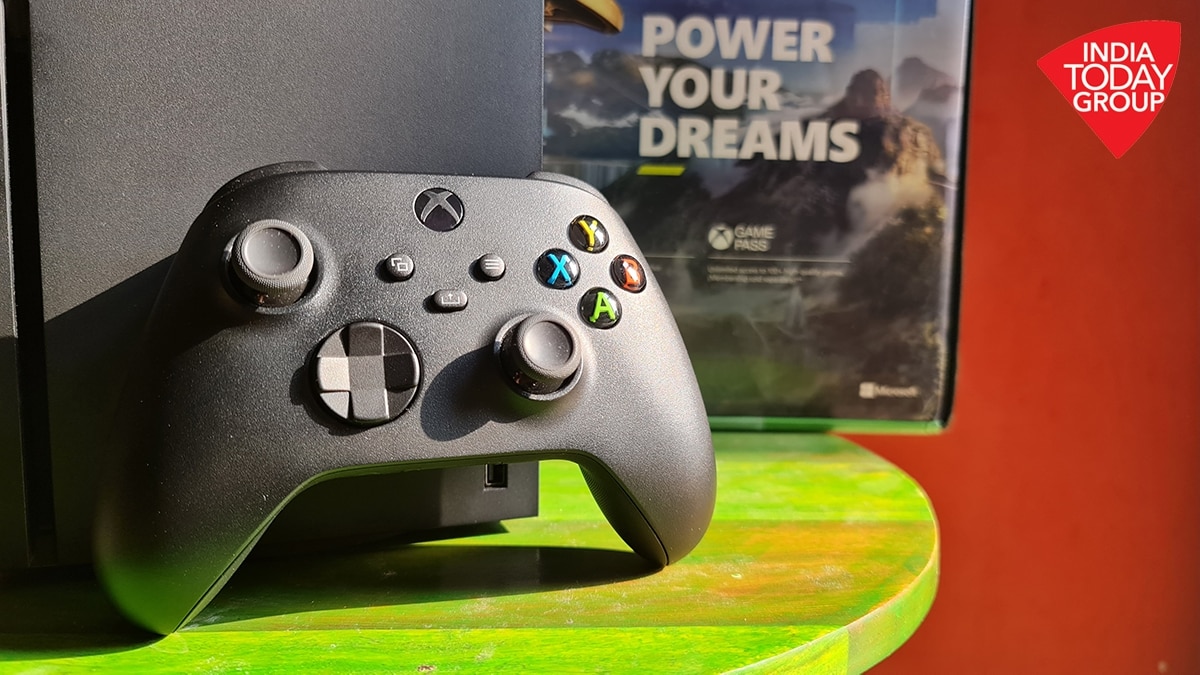 Xbox Series X: All the power you need

As we mentioned above, the Xbox Series X is truly the most powerful console on the planet right now, and this enables it to bring features that up until a few months ago felt like a distant dream for console gaming. Microsoft claims this console is good enough to run games at up to 8K resolution and HDR.

It is also capable of processing high refresh rates of 120Hz bringing the experience of gaming on this console to something that you'd actually experience on a high-end gaming PC. There are also next-gen features such as DirectX Raytracing for superior, more life-like visuals and even an NVMe SSD thrown in for shorter load times.

In fact, the list of next-gen features on the console, and the power of its hardware is such that there really aren't any games available on the Microsoft Store right now that can truly test the capabilities of the Xbox Series X. While we haven't yet had the chance to try all the latest titles such as Assassin's Creed: Valhalla on the console, we did end up running graphically demanding games such as Battlefield V, Gears 5 and Destiny 2 in 4K. As expected, the Xbox Series X ran these games without any issues, with ray-tracing supporting Battlefield V throwing up some extremely stunning visuals during our gaming session. In the short time, we've spent with it, the Xbox Series X has managed to really impress us with what it can offer. With features such as Quick Resume, which allows you to essentially run multiple games in the background by pause a game anytime and leaving it running in the background without exiting, Microsoft is blurring the lines between the gaming experience you'd expect on super-fast PCs and consoles.

Features such as these working in tandem with the powerful hardware and clean interface also afford this next-gen console with the power to revolutionise the future of consoles gaming altogether. But this is a discussion for later, possibly even for our full review of the console which we will be uploading in a few days. For now, however, all we would say is that with the Xbox Series X, Microsoft has a very capable console on its hands, and definitely looks like a step in the right direction.