MIUI 13 to be out on June 25, here are Xiaomi phones that will get new update

Xiaomi's upcoming UI update called MIUI 13 is arriving on June 25. Here's everything that you should know about it. 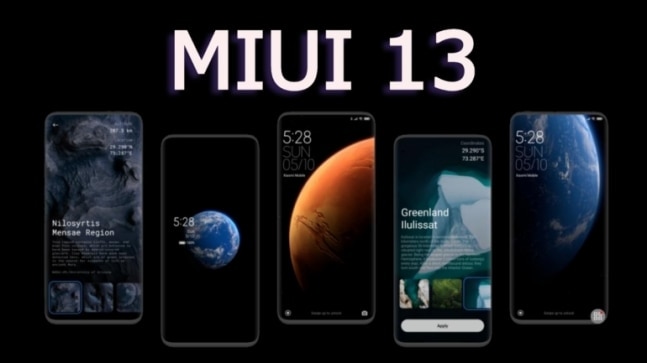 MIUI, as you must be aware, is the skin that Xiaomi uses for its smartphones, the latest version of which is MIUI 12.5. Several Xiaomi phones eligible for this current version haven't yet received the update, but the brand seems keen enough to introduce the upcoming version, i.e. MIUI 13. Previously we had heard that MIUI 13 could be launched in the second quarter of 2021. Now a fresh leak has popped up to suggest that MIUI 13 will arrive on June 25.

According to My drivers, Xiaomi won't be not providing updates to some old smartphones like Mi 9, Mi Mix 3, Redmi Note 8 and Redmi 8 series. MIUI 13 is supposed to bring optimised animations, new themes, wallpapers, and plenty of security improvements, from what we have heard. These are early days, hence, we expect more MIUI 13 leaks should pop up soon.

More like the MIUI 12.5, the upcoming MIUI 13 update will be rolled out to eligible phones in a phased manner.

Below is the list of devices expected to get this update.

MIUI 12.5 update brought some noticeable improvements over the previous version, i.e. MIUI 12. Some of the highlights are mentioned below.

It features MIUI+ that allows a Xiaomi phone to be mirrored to a Windows PC. This feature allows users to view phone notifications on the desktop and use select apps. Additionally, users can copy the text on the phone and paste it on the desktop. This is similar to the Dex feature found on premium Samsung smartphones.

Redmi Note 10S launch next week: Specs, features, India price, and everything we know so far
Find Covid-19 vaccine slots in your area for 18 years and up to 44 years of age using these websites
Battlegrounds Mobile India announced, will be free-to-play alternative for PUBG Mobile