Mobile World Congress 2020 might get cancelled due to coronavirus outbreak

The major tech brands like Amazon, Ericcson, Intel, Vivo and LG among others had pulled out of the MWC just weeks before the mega event. 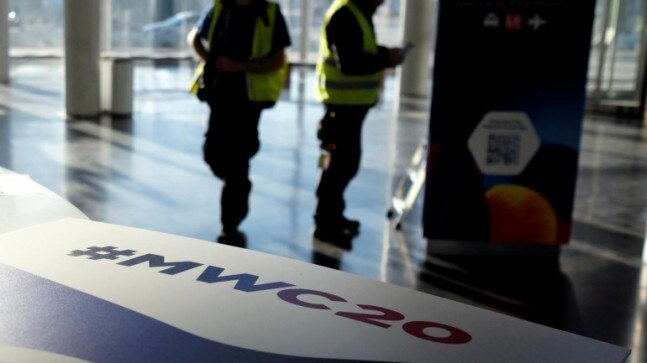 The coronavirus epidemic that originated in China's Wuhan has in a way crippled the rest of the world. The outbreak has not only affected the people but also some major businesses across the globe are hampered. For instance, the biggest mobile event of the year, Mobile World Congress 2020 which was supposed to be held on February 27, 2020, in Barcelona, Spain might get cancelled due to the coronavirus outbreak.

Every year, the best tech companies across the globe showcase their latest products and unveil new gadgets at the event but this time the fate of Mobile World Congress is in jeopardy. The major tech brands like Amazon, Ericcson, Intel, Vivo and LG among others pulled out of the MWC just weeks before the mega event. The organizers GSMA, however, confirmed a few weeks ago that the MWC will not be called out even though some of the popular brands have skipped the event. They highlighted the countermeasures they had taken to ensure the safety of the visitors./

"The GSMA is building on its existing plans to protect the health of our attendees, clients and staff at MWC Barcelona. GSMA colleagues around the world are taking strong measures to contain and lessen any further spread of the virus. These measures include adhering to advice from the World Health Organization and other health authorities, respecting travel restrictions where they exist, arriving early in Spain to allow time for self-quarantine and ensuring access to masks, the organizers had said in a statement.

However, a new report published in Spanish-language site La Vanguardia, states that GSMA will take the final call on Friday. The report also states that the preparations are underway as workers continue to work at the hall where the event is supposed to take place

Several hotels in Barcelona have registered massive cancellations as the coronavirus fears embroil the attendees. Researchers have urged the GSMA to call out of the event because a crowded event like that will invariably increase the risk of transmission of the disease and even if a single person contracts coronavirus, it would cause an outbreak in Barcelona too. The makers, however, had maintained that they would not allow any visitor from the Hubei province and every visitor from China will undergo rigorous screening at the airport.

The cancellation of the MWC would also result in the loss in revenue as GSMA had expected over 1, 10,000 attendees at the event.