The company had earlier unveiled the Moto E7 Plus in the market but this one is being touted as the cheaper variant of E7 Plus. 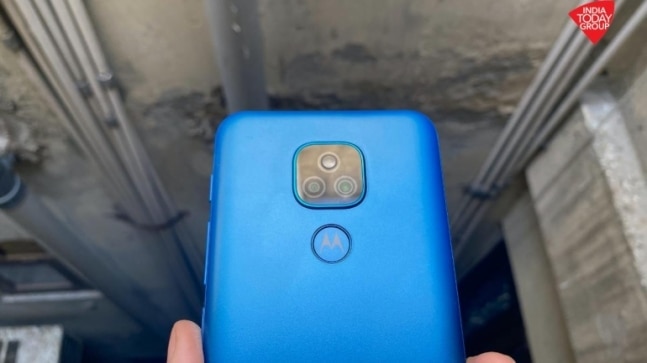 Motorola has been rumoured to bring the Moto E7 to the market for the longest time. The company had earlier unveiled the Moto E7 Plus in the market but this one is being touted as the cheaper variant of E7 Plus. Now as per the latest developments, the design and specifications of the smartphone have surfaced online.

The design of the Moto E7 along with some of the key specifications was leaked on the internet. According to the tipster, the smartphone could come with a big 6.5-inch display and house a big battery. Just like its elder sibling, the Moto E7 is expected to come with a 48-megapixel camera.

Going by the looks, the Moto E7 looks identical to the E7 Plus with a square-shaped camera module at the rear. On the front, there are thick bezels around the corner and a waterdrop notch. The rear panel also has a Motorola logo emblazoned on the centre, which could also double up as the fingerprint. So these were the similarities with the Moto E7. Now the only thing that is new here is the colour options that the Moto E7 would come with. As per the leaks, Moto E7 could launch in a teal and grey colour. So if you are not a fan of flashy colour, this could appease you completely.

Moto E7 is expected to feature a 6.5-inch HD+ display with a waterdrop notch. In terms of camera, it will feature a 48-megapixel primary camera and a 2-megapixel sensor on the rear. On the front, there will be a 5-megapixel camera for selfies. The smartphone is expected to house a 4000mAh battery and run on Android 10 out of the box. While nothing has been speculated about the processor, the Moto E7 is expected to come with 2GB of RAM and 32GB storage which can be expanded. For connectivity, it will come with a 3.5mm headphone jack, Wi-Fi, LTE, GPS, and Bluetooth.

Motorola had launched the Moto E7 Plus in India for Rs 9499. It is now available for Rs 8999 on Flipkart. The smartphone comes with a 48-megapixel camera and a Snapdragon Qualcomm 462 processor.