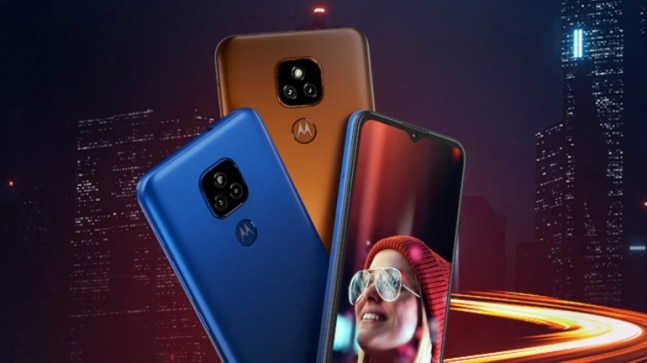 The Moto E7 Plus is now official in India. After teasing the launch for days, Motorola has unveiled the smartphone at a remarkably low price. The budget smartphone comes with segment-leading features like superlative camera specifications, powerful chipset, and a monster battery. The E7 Plus also brings Motorola's signature stock Android experience at an affordable price point.

Moto E7 Plus: Price and availability

The Moto E7 Plus has been launched for Rs 9499 for the lone 4GB variant. The smartphone will go on sale on September 30 exclusively on Flipkart from 12 PM onwards. Moto E7 Plus is available in two interesting colors including the Misty Blue and Twilight Orange.

Moto E7 Plus: Specifications and Features

As far as the specifications are concerned, the Moto E7 Plus features a 6.5-inch Max Vision display, HD+ display with a resolution of 1600x720 pixels with a small waterdrop notch on the top. It sports an IPS TFT LCD panel with an aspect ratio of 20:9. Powering the E7 Plus is a Qualcomm Snapdragon 460 processor with 1.8GHz octa-core Kryo 260 CPU, 600MHz Adreno 610 GPU that is coupled with up to 4GB of RAM and 64GB of storage, which can be expandable up to 256GB using a microSD card. The Moto E7 Plus runs on Android 10 out of the box which provides a stock android experience. The smartphone houses a 5000mAh battery with support for 10W charging, which the company claims can last up to 3 days on a single charge.

In terms of the optics, the Moto E7 Plus flaunts a square-shaped camera module at the rear which consists of a 48-megapixel primary camera with an f1.7 aperture, night vision technology, and a 2-megapixel depth sensor with f2.4 aperture. The camera module also houses an LED flash along with the camera sensors. On the front, there is an 8-megapixel with an f2.2 aperture.

The smartphone features a fingerprint scanner at the rear with the Motorola logo emblazoned on it. In terms of connectivity, Moto E7 comes with Wi-Fi, Bluetooth, GPS, 4G VoLTE, a 3.5mm headphone jack, and a Micro USB port. The Moto E7 Plus weighs 200 grams and measures in at 165.2x75.7x9.2mm. The smartphone also features a few sensors including the gyroscope, an accelerometer, and a proximity sensor among others.