Motorola had launched phones in the budget and premium segment including the Moto E7, Moto G9, Moto Razr. 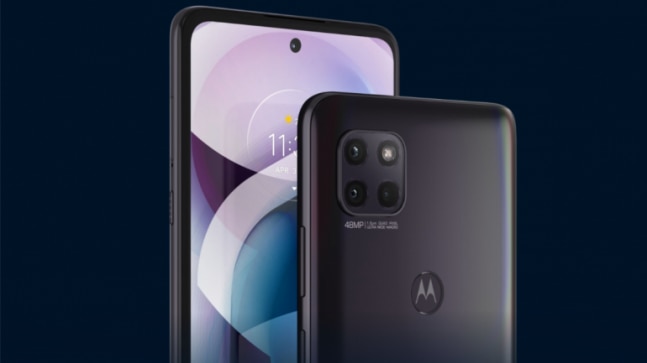 Motorola has taken the lid off, Moto G 5g, India's most affordable 5G smartphone. Motorola had launched phones in the budget and premium segment including the Moto E7, Moto G9, Moto Razr. However, with Moto G 5G, Motorola has targeted the mid-range segment.

Motorola has launched the smartphone in India for Rs 20,999 for the lone 6GB+128GB variant. However, if you are an HDFC cardholder, you can get it for Rs 19,999. The HDFC users will get an instant discount of Rs 1000. The smartphone will go on its first sale on December 7 at 12PM exclusively on Flipkart. Moto G 5G has been launched in two attractive color options including the Froster Silver and grey.

At a price point of Rs 20,999, Motorola has taken the competition a notch higher with the Moto G 5G. The smartphone will compete with OnePlus Nord in the market. So let us delve deeper into the specifications and the features of this new wonder by Motorola.

Display: Moto F 5G features a 6.7-inch full-HD+ LTPS display with a resolution of 1,080x2,400 pixels
Processor: Moto G 5G is powered by the Qualcomm Snapdragon 750G SoC.
RAM: The Moto G 5G comes with 6GB of RAM.
Storage: The smartphone comes with 128GB of internal storage but can be expandable up to 1TB using a microSD card.
Rear Cameras: Moto G 5G features a triple camera setup on the rear which includes a 48-megapixel primary sensor with f/1.7, an 8-megapixel secondary f/2.2 wide-angle sensor, and a 2-megapixel f/2.4 macro sensor.
Front Camera: The Moto G 5g features a 16-megapixel camera on the front for selfies.
Battery: Moto G 5G houses a 5000mAh battery with support for 20W turbocharger.
Operating System: The smartphone runs on Android 10 out of the box.

With Moto G 5G, Motorola has brought a lot of newness to the platter. The smartphone features a big 6.7-inch full-HD+ LTPS display. It comes with an aspect ratio of 20:9, which further enhances the viewing experience.

Moto G supports 11 Global 5G Network Bands which ensures that you are ready for any Sub 6 5G Band that is launched in India.

In the camera department, Moto G 5G camera is equipped with special technology including a Quad-pixel technology that enhances the pictures taken in low light conditions and night vision, the brings out more details in the pictures clicked in the dark. To drive the show, Moto G 5g has a triple camera setup on the rear which comprises of a 48-megapixel camera with f/1.7 aperture and a 118º ultra-wide-angle lens. There is also a 2-megapixel macro sensor.

Coming to the battery, a 5000mAh battery is crammed into the Moto G 5g. It comes with 20W TurboPower fast charging support. The company claims that the turbocharger provides 10 hours of power in just 15 minutes.

For protection, the Moto G 5G is IP52 rated which means that it can save your phone from spills and splashes. It comes with a water-repellent design that protects the phone from the outside and the inside.

Need a long term prepaid plan with streaming benefits? You may consider these plans by Airtel, BSNL, Jio and Vi